Leonardo DiCaprio is passionate about tigers and is working to help Nepal increase their population in the next decade. 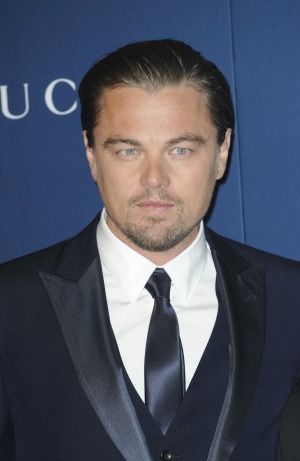 Leonardo DiCaprio has always been a little different than most stars in Hollywood, and now he is putting his money where his mouth is. The star is on the board of the World Wildlife Fund and has decided to donate $3 million to the group.

The donation will be used to help the WWF and the government of Nepal protect the tiger population of the country, as well as “to help Nepal double its wild tiger numbers by 2022 — the next Chinese Year of the Tiger,” the actor said on his website.

The grant comes from the Leonardo DiCaprio Foundation, and will focus on efforts to protect areas for tiger breeding, strengthen patrols to stop poaching and monitor the tiger population.

The money isn’t coming directly from DiCaprio’s pocket, but rather from efforts of those passionate about the same cause. The actor’s foundation held a charity auction back in May for tiger conservation that raised $38.8 million, which means many more donations could be coming soon.

“Time is running out for the world’s remaining 3,200 tigers, largely the result of habitat destruction and escalating illegal poaching,” DiCaprio said in a statement on his website. “WWF, the government of Nepal and local communities are on the front lines of this battle and I am hopeful this grant will help them exceed the goal of doubling the number of these noble creatures in the wild. I am grateful for the amazing support our Foundation has received — especially to our partners at Christie’s who helped create an historic night for conservation fundraising with the 11th Hour Auction.”

Leonardo DiCaprio may finally be ready for marriage >>

DiCaprio has grown a lot through the years, and is one of many in Hollywood who are passionate about animal rights. Back in October, Bob Barker donated $1 million to help save three elephants. The former Price is Right host vowed to spend his entire fortune on saving animals. DiCaprio has been involved with the WWF for years.

“Leonardo DiCaprio defies expectations in leveraging his voice and influence to restore tigers and their habitat in one of the most hopeful places on Earth,” said Carter Roberts, President and CEO of World Wildlife Fund. “His foundation is all about delivering real results for conservation on the ground and empowering local communities; nowhere is that more evident than in Nepal. The numbers speak for themselves and we are grateful for our partnership.”