Amanda Bynes is mentally unable to make medical or financial decisions for herself but a judge rules that she will stand trial for her 2012 DUI. 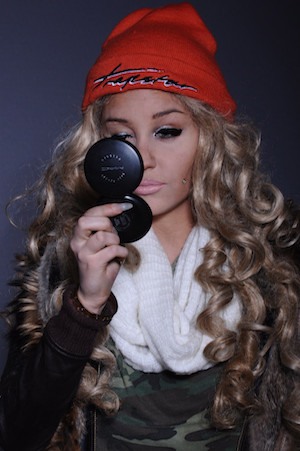 Amanda Bynes is fit to stand trial for charges related to her April 2012 drunk driving case.

Bynes was charged with a DUI after she was pulled over in West Hollywood, California — her black BMW clipped a police cruiser and the responding officer believed her to be heavily intoxicated.

Bynes was booked and later released on $5,000 bail.

A judge ruled Wednesday morning that, based on the success of her psychiatric treatment at The Canyon, Bynes is competent to understand the legal proceedings of her case. However, Bynes’ conservatorship (mandated in August 2013) remains heavily in place .

Bynes began to spiral out of control just after her DUI arrest. Her dad openly denied his daughter had a problem with drugs or alcohol but the public soon watched as Bynes plead guilty to two separate hit-and-run accidents in September 2012 and faced eviction in February 2013.

Sadly, as the year went on Bynes slipped even deeper into her mental health issues most evident by her bizarre Twitter feuds with everyone from Drake to Rihanna to a separate arrest for marijuana possession and, perhaps most shockingly, placed on a 5150 hold in July 2013 after she started a fire in a stranger’s driveway.

Her parents intervened immediately following the involuntary psychiatric hold and were granted the authority to make medical and financial decisions for their 27-year-old daughter despite Bynes’ strong objection. It is suspected that Bynes suffers from both schizophrenia and bipolar disorder.

Bynes is expected to leave the Malibu, California rehab facility in a few weeks and should be home in time for Christmas. RadarOnline reports that she will leave The Canyon for her parents’ home in Thousand Oaks, California.