Liam Hemsworth is single for the first time in years. But it looks like, without a serious relationship, he is finally figuring out who he really is. 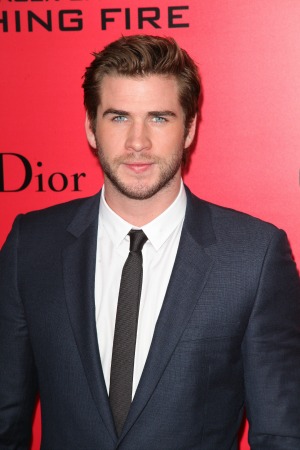 Near the end of Liam Hemsworth and Miley Cyrus‘s relationship, it became harder to remember why the two were together in the first place. The couple met in 2010 on the set of The Last Song, before Cyrus was even 18 years old. The two have obviously changed significantly since then, and finally broke up in September after a short-term engagement.

And even if Hemsworth was heartbroken, he appears to be picking up the pieces as a single man and seems happier than ever.

“I’m more comfortable in my own skin than I’ve ever been in my whole life,” Hemsworth told the Associated Press.

The 23-year-old is focusing on his new film The Hunger Games: Catching Fire and moving on from the relationship. He has grown from a star-struck 20-year-old to a full-fledged movie star, and knows more than ever who he really is.

“Over the last five years I’ve learned so much,” Hemsworth said. “The first few years in Los Angeles were really tough and scary, but I had to figure things out for myself.”

The couple were under constant scrutiny during their relationship, and constantly faced rumors of their impending breakup. But they both knew the only thing that mattered is what they felt about each other.

“What I always keep in mind is that I know what the truth is and that’s all that matters,” Hemsworth explained of their relationship. “I know I’m a good person and these days I feel like I’m more centered and grounded than I’ve ever been.”

Miley Cyrus finally opens up about her heartache >>

Hemsworth said his fascination with “Zen books” helps him stay grounded, as does surfing and kickboxing. The Catching Fire cast has helped him move on from the drama in his life, and helped him remember what is important.

“For a few years I went down a path where I forgot to be in the moment and enjoy the moment,” he explained. “But being around someone like Jen [Lawrence], who is so honest and laughs all day long, I am forced to be in the right now. I’m much happier.”

Catching Fire is officially out in theaters Friday, Nov. 22.