Hugh Jackman just received treatment for skin cancer after being diagnosed for a basal-cell carcinoma. 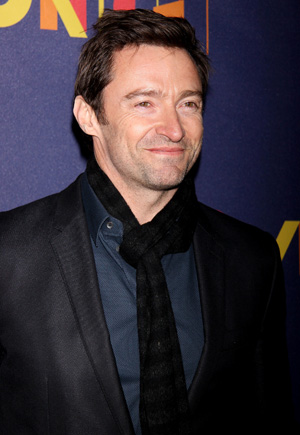 After being diagnosed with skin cancer, Hugh Jackman revealed he received treatment on his nose for a basal-cell carcinoma.

The Wolverine actor posted a photo of himself on Instagram sporting a bandage around the tip of his nose on Thursday, claiming he just got treated for skin cancer. Along with the photo, Jackman added a caption saying his wife, Deborra-Lee Furness, nudged him to go to the doctor when she saw something suspicious on his nose.

What big muscles you have, Hugh Jackman >>

“Deb said to get the mark on my nose checked,” he wrote. “Boy, was she right! I had a basil [sic] cell carcinoma.”

Jackman went on to stress the importance of protecting one’s skin from the sun. “Please don’t be foolish like me. Get yourself checked. And USE sunscreen!!!”

The 45-year-old Australian didn’t elaborate further on his condition, and neither did his rep. But in a photo taken last week backstage at Big Fish in the Neil Simon Theater, the offending mark could clearly be seen on Jackman’s nose.

Lucky for Jackman, basal-cell carcinoma is a type of skin cancer that rarely ever kills. It’s actually the most common form of cancer, but while it’s usually not lethal, it can destroy surrounding tissues and cause disfigurement if left untreated for too long.

According to the Skin Cancer Foundation, there are currently about 2.8 million cases of the disease diagnosed in the U.S. each year.

Just previous to his diagnosis, Jackman told the Daily News he was taking the rest of the year off to spend time with his family in New York. The busy star recently wrapped up four films back to back: Prisoners, Les Misérables, Wolverine and X-Men: Days of Future Past.