Whitney Port has done a lot in her professional life since The Hills ended three years ago, and she announced she’s also taking the next step in her personal life. 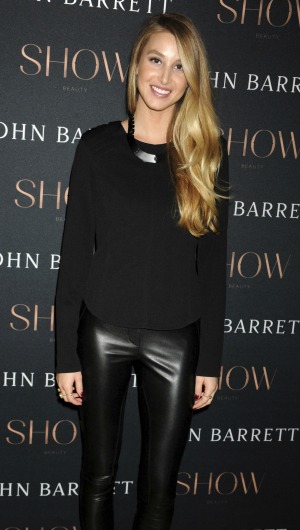 The Hills stars are all grown up, and Whitney Port is the latest to announce she’ll be walking down the aisle. The 28-year-old confirmed to People that she’s engaged to Tim Rosenman.

Lauren Conrad confesses: Beauty secrets, body issues and what she wants in a man >>

Rosenman was a producer for The City, a spinoff of The Hills, and the two met on the set of the show just last year. They started dating after she split from her fellow MTV reality star, Buried Life‘s Ben Nemtin.

The Hills was on the air from 2006 to 2010, and was itself a spinoff of Laguna Beach: The Real Orange County. Port is the latest of the cast members to marry. Kristin Cavallari is married to Chicago Bears quarterback Jay Cutler. The two have one child together and just announced they’re expecting a second. Heidi Montag and Spencer Pratt had a dramatic relationship on and off The Hills, but were married while the show was still on the air.

Port is following in the footsteps of Lauren Conrad, who announced her own engagement just last week.

“I am very excited to share with you guys that William and I got engaged over the weekend,” Conrad wrote on her blog. “I am beyond thrilled! Get ready for lots more wedding content here on LaurenConrad.com as we begin the planning process.”

Since the show ended, Port has stayed busy. She’s working as a designer and recently appeared on the animated series Gallery Mallory. She has also covered fashion for SheKnows.

Port talked to People about which Hills stars might make it to her wedding, and it looks like it won’t be any of them.

“I think we all kind of went our separate ways once the show ended,” she said. “I’m fine with it, like I’m at peace with it. With me, I never feuded with anyone, and nothing ever ended badly, so it just naturally happened.”

8 hrs ago
by Scarlett Harris