Kanye West really wants his girl on the cover of Vogue. However, he has to convince Anna Wintour first. 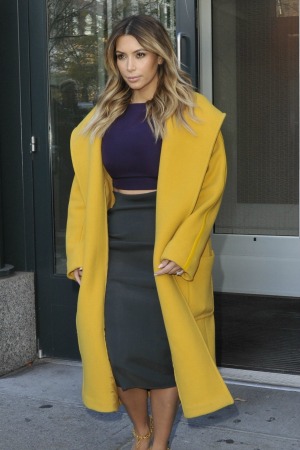 According to the New York Post‘s Page Six, West is campaigning to get the reality star on the cover of Vogue. It’s no secret that the musician is a good friend of the publication’s editor-in-chief Anna Wintour. However, the fashionista has been reluctant to give Kardashian any sort of fashion cred.

A source told RadarOnline a similar tale. “Kanye is absolutely determined to convince Anna that Kim should appear on the cover of Vogue wearing her wedding dress. Anna has remained typically aloof to Kanye’s constant advances and offers.”

To move the process along, West made sure to place Wintour and the magazine’s creative director Grace Coddington near each other at his concert in Brooklyn, New York on Tuesday night.

Joining in to help pitch the fashion guru is elite photographer Mario Testino. The couple want him to photograph the cover and their eventual wedding. The E! personality even went to the shutterbug’s Alto Modo event in New York on Monday to show her support.

West has been promoting his gal wherever he can, including in a recent interview with Ryan Seacrest.

He said, “There is no way Kim Kardashian shouldn’t be on the cover of Vogue. She is the most intriguing woman right now. She has got Barbara Walters calling her like every day.”

As of now, his campaign is falling on deaf ears. Kardashian didn’t appear on Vogue‘s Best Dressed list after the Met Ball nor is her recent makeover with the blond hair and post-baby body helping to catch Wintour’s attention.

Will she ever be a cover girl? Probably not for Vogue.