The internet is abuzz today with a shocking Vampire Diaries hookup reveal. We have all the details on the steamy season development. 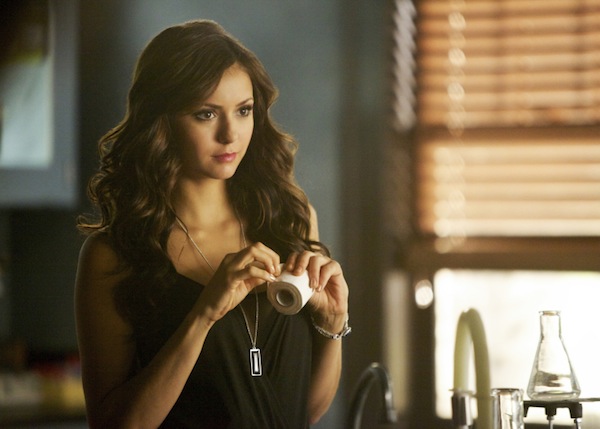 This morning, E! Online teased some juicy information about a hot couple alert coming this season on The Vampire Diaries. They didn’t spill the deets on who exactly would be getting together, though. But we’re pretty confident we know which series regulars will be making it happen.

Warning: Do not continue reading unless you want spoilers for Season 5 of The Vampire Diaries.

So, there it is. All signs point to a Stefan (Paul Wesley) and Katherine (Nina Dobrev) hookup.

It makes sense. Katherine was all too happy to snuggle up in the bathtub with Silas, who she mistook for Stefan at the beginning of this season.

We just hope the hookup doesn’t happen soon. Katherine still has a lot of growing up to do as a human before we’re okay seeing her get the guy. All she’s done this season so far is whine and feel sorry for herself.

Awe, one brother for each of the dopplegangers. Though, just because these characters will be hooking up in Season 5 doesn’t mean it’s true love.

Do you think Katherine and Stefan can stand the test of time?