Some movies are worth the trip to the theater. Some movies bring ideas, great characters and lessons to be learned. Delivery Man asks us all the important questions and dares us to answer them. It’s a comedy that brings heart and life inspiration to a storyline we would otherwise never see as plausible. 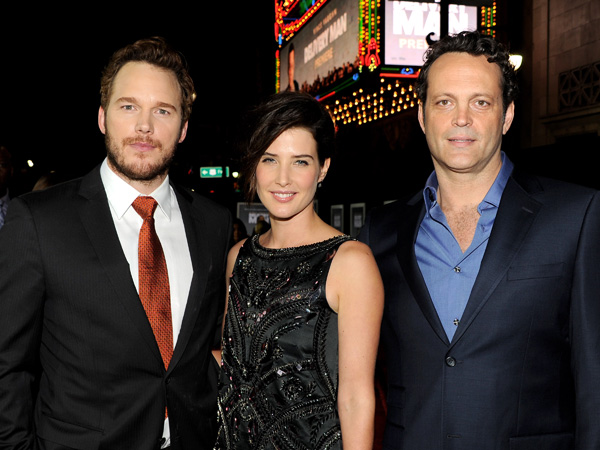 Until we live the movie starring Vince Vaughn that hits theaters Nov. 22, 2013, we won’t understand the impact it can have on us — especially as parents.

Prior to the premiere, I had a chance to sit down with Mr. Vaughn, his incredibly hysterical sidekick Chris Pratt and his movie girlfriend Cobie Smulders. I asked some questions about the film — specifically about how being a parent affected their roles.

On being a dad

“I think you are just so cracked open as a parent. I had just my daughter at the time of filming, and my second child was conceived during Delivery Man. So, you have your one child and one on the way, and you start thinking about family. And inevitably, you start thinking about what you should do for their lives. You start seeking information about how to parent. It just becomes a journey of figuring out what’s the best way to give them skill sets to be successful. You start down that journey so strongly.

“Well, for me, my son had just been born when I was doing this movie. I think he was maybe 2 months old. So for me, I was not necessarily able to relate to my character’s journey as a father in this movie because he is so overwhelmed with the idea of being a father. I was still finding every little, tiny thing endlessly fascinating about my own son. But I did miss him a lot, and so there were moments in the performance where I needed to just stare off into space and think about something that bummed me out. The fact that I was away from him was something that I could go to if I needed to.”

On being a mom

“This movie is really all about parenting. It’s all about what it takes to be a parent. I automatically connected with that. I was pregnant in this film — not in life, but I had the fake belly on. I remembered the crazy emotions that come into play when you are pregnant. I think that one of the things that I know I craved — I think that most pregnant women crave — is stability. I was in this situation where — especially with the first child — a lot of things are unknown. In the movie, the character of Emma had a very unreliable partner, so she’s just sort of trying to figure all that out.

“However you do it — on date night, with girlfriends or with your kids — go see this movie. I sat in the theater and felt myself shake with laughter and then face the realities that are out there as a parent. The characters end up representing a part of each of us that we might not focus on in our daily life. But it also gives us the uplifting message that, no matter how you do it, as long as you try — and try your best — parenting can be the amazingly rewarding journey that we all hope it can be!”