World famous psychic Sylvia Browne has sadly passed away, and while her career may have been riddled with controversy, many will miss her for her unique gift. 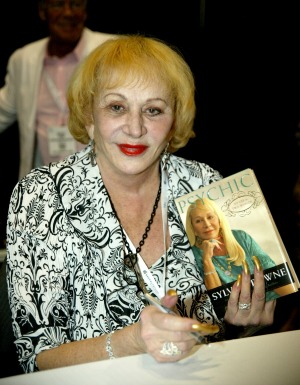 According to a post that appeared on the 77-year-old’s SylviaBrowne.com site, the medium sadly passed away just after 7 a.m. on Wednesday at Good Samaritan Hospital in San Jose, California.

A statement from her site reads, “For many years she shared her gift with friends and family, gaining a reputation for accuracy with her trademark down-to-earth approach and sense of humor and became very well-known for helping people even before moving to California in 1964.”

Her son Chris also confirmed the news of his mother’s passing to TMZ, saying she passed away while surrounded by family and friends.

Browne will be remembered by many for her work with helping law enforcement on missing persons investigations and her regular television appearances on various talk shows, especially The Montel Williams Show for almost 17 years, as well as The Tonight Show and Larry King Live.

Among those to express their sadness over Browne’s death was Montel Williams, who said, “I, like so many of you, lost a friend today. But, as has been for the last 20 years, she’ll always remain a part of me. My thoughts and prayers go out to Sylvia’s family in this time of loss.”

It is believed Browne discovered her supposed abilities when she was just 3 years old. Since that time, she began to hone her skills and dedicate her life to working as a psychic medium to supposedly help others.

Her help was clearly felt by millions of people, because Browne enjoyed a massively successful career as well as published more than 50 books, nearly half of which made it onto The New York Times Best Seller List.

However, on a less pleasant note, Browne’s career is largely associated with when she made an incorrect prediction about Amanda Berry. It was in 2004 that she told Berry’s mother Louwanna Miller on The Montel Williams Show that her daughter would never be coming home because she was “not alive, honey.”

Berry was one of the three women that have just recently been freed from the evil clutches of Ariel Castro, who had abducted them and held them in captivity in Ohio.

Browne’s mistake caused her skeptics to rejoice and she received widespread backlash and ridicule, to which she simply responded by stating, “Only God is always right.”

Miller, who sadly believed her daughter was dead, died two years later from heart failure, which some speculate she actually died of a broken heart.

We offer our deepest condolences to Browne’s friends and family.