Cher Lloyd is officially off the market! The British singer has just revealed that she secretly got married to her longtime beau, without the media catching wind of the event… 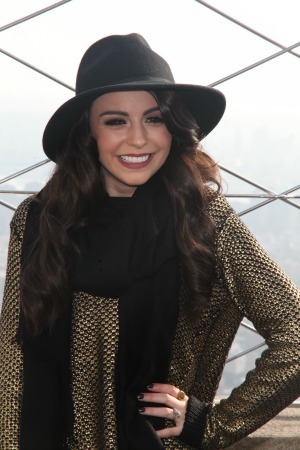 Cher Lloyd managed to achieve something few celebs have been able to do — she got married to her fiancé Craig Monk without the media even realizing it.

The former British The X Factor star surprised her fans when she posted a black and white photo on Instagram of herself looking radiant in a beautiful white laced strapless gown as she stood alongside her longtime beau. Lloyd simply captioned the image with the date “18/11/2013”

The “Want U Back” singer may be just 20 years old, but she is crazy about her hairdresser beau and the pair have been together since 2011 before they happily confirmed their engagement in January 2012.

Lloyd previously revealed her excitement about marriage to the Mirror, saying, “I’m engaged and want to get married as soon as possible. I can’t wait.

“I love Craig and he makes me happy. I know I am going to spend the rest of my life with him.”

The singer also previously gushed to MTV U.K. about her beau when she said: “I feel like being with Craig has changed me a lot. I feel I’m a lot more calm, I haven’t got an attitude any more. I had a stinking attitude, it was awful.”

“I have learned to appreciate things a lot more now that I’m with him.”

It is always good to be in a loving and nurturing environment and it seems as if this pair are destined to be together.

Recalling how she was before she met her beau, the singer said, ” I don’t want to be the person people don’t want to meet… I never want to be remembered as the girl that came in and was rude to everyone and was an absolute diva even though she ain’t got her stripes yet.”

Responding to her fans message of thanks, Lloyd tweeted, “Thank you for all your lovely messages!! I’m so happy!!”

Oh, how we do love a celebrity wedding. Congratulations to the happy couple!