Adam Levine now holds the title of People‘s Sexiest Man Alive, but he is only worrying about all the teasing that will come with it. 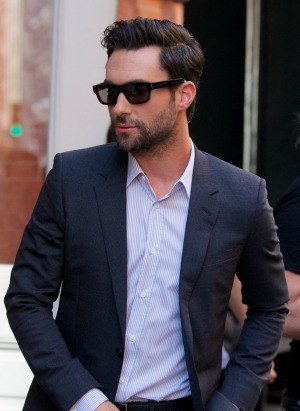 Adam Levine is People‘s Sexiest Man Alive. But before yesterday, the singer didn’t realize just how sexy he was. He talked about the honor after being the subject of conversation on Tuesday night’s episode of The Voice.

The title was so flattering, it sounds like Levine didn’t even expect it. He is already feeling more attractive (as if that is possible).

“I felt like today was the first day I’ve ever felt like I was being a little handsome,” he said.

But that extra self-confidence is no match for what comes with his new honor, and Levine is not yet sure it is worth it.

“I’m going to just be getting so much crap from everybody I know, it’s going to be interesting to endure,” he joked, adding that even his fiancée, Victoria’s Secret model Behati Prinsloo, is going to tease him like the rest of his friends will.

“Oh yeah, all over the place,” Levine added. “Going to be the butt of every joke for the next six months, to a year to my entire life.”

That teasing has already started, and Levine’s BFF Blake Shelton took the first swing on The Voice. But whether or not it’s worth it, the 34-year-old is proud of being the Sexiest Man Alive.

“It’s just, it is funny,” he added. “It is definitely funny. It’s flattering and hilarious.”

Levine was unknown before his band Maroon 5 rose to stardom nearly a decade ago. When accepting his award from People, he said he never expected his life to go down this path.

“As a musician, you have fantasies that you want to win Grammys, but I didn’t really think that this was on the table,” he told People. “I was just amazed and stunned and it almost seemed like they were kidding, but they weren’t, so that’s cool.”