Within the vast Hollywood sea of women who look so thin it makes us say, “Why do I even get out of bed in the morning?” There are a few courageous women willing to stand up and say “That’s not real, that’s totally unobtainable and I refuse to play along.” Meet them, and then introduce them to your daughters. 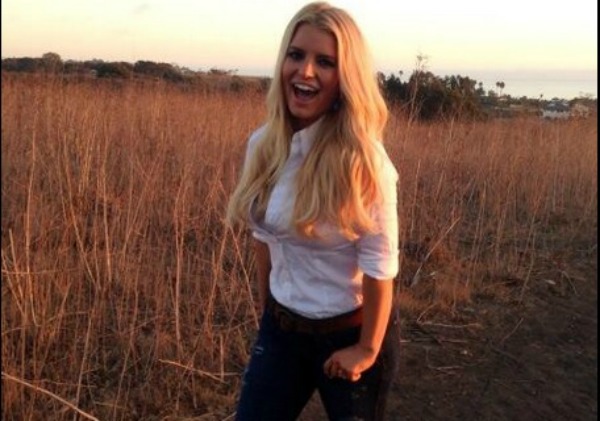 We’ve watched Jessica Simpson‘s body roller coaster between Daisy Duke shorts and two pregnancies. She won the hearts of her pregnant peers when she admitted to eating buttered Pop Tarts, Cap’n Crunch and Kraft Mac-n-Cheese. Even though Simpson belongs to a strange tribe of women (celebrities) who emerge from the maternity ward looking like they haven’t been carrying 30-60 extra pounds for almost a year, she took months to lose her baby weight after her first pregnancy. Praise you, Jessica Simpson.

PHOTOS: Jessica Simpson steps back into the spotlight >> 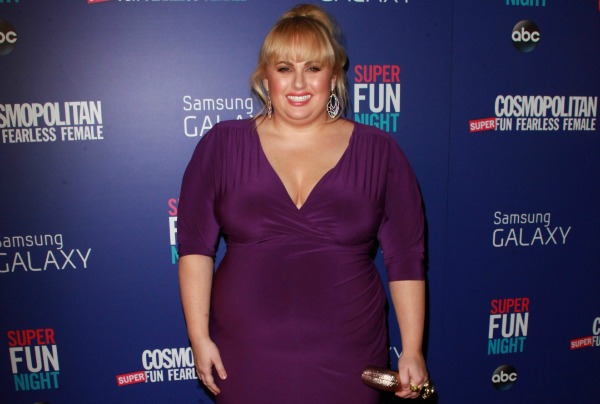 Rebel Wilson is such an incredible role model for our daughters on so many levels. She lives up to her namesake by rebelliously not just thumbing her nose at Hollywood convention, but being super successful in the process. Wilson told In Touch magazine, “I want to inspire girls who don’t think they’re cool or pretty. To do that, I need to put out a realistic version of what it’s like to be a girl who looks like me.” That attitude makes Wilson cool and pretty.

Rebel Wilson is proud of her body >> 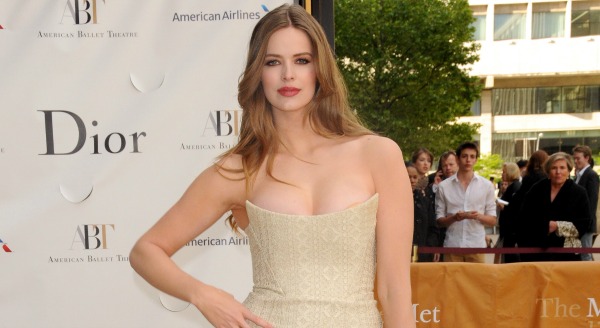 Allow us to introduce you to our new super heroine. Her name is Robyn Lawley, she hails from Australia and at 6’2 inches tall and a Size 12, she’s telling society’s love of all things skinny to get bent. She told Ellen DeGeneres, “Saying you love your body actually works. It makes a positive rebound effect. And then you start loving your body. You start not caring about the little things.” Lawley also is not in love with the “plus-size model” moniker — she thinks she should just be called a model. We couldn’t be happier about this girl’s success because our daughters need a few more front-runners like Lawley. 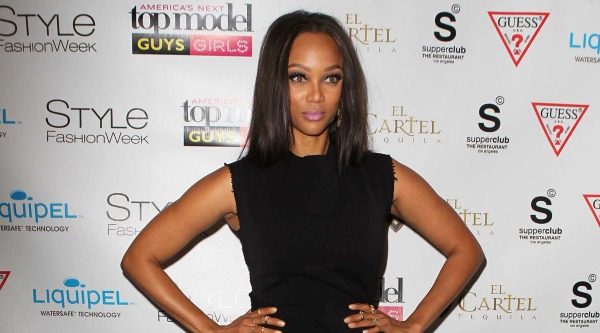 Tyra Banks has been compared to Oprah for several reasons, one of them being her yo-yo weight. Our earliest memories of Banks are from her days of looking insanely hot in Victoria’s Secret catalogs. So when she gained a little weight, women everywhere rejoiced. And she still looked great. Nowadays, Banks weight jumps around a little bit, but she’s always a healthier weight than many of her peers, proving to our daughters you can be beautiful without being super skinny. 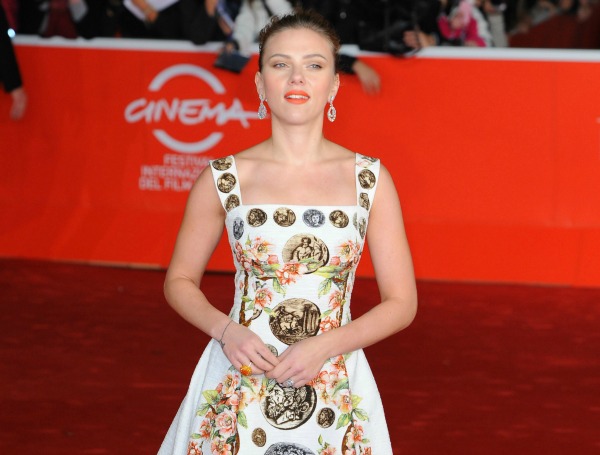 Scarlett Johansson looks amazing at any weight, but frankly we love how she looked in The Nanny Diaries the best. Watch this movie with your daughter. It’s funny, it shows how not to be a mother, it will make your daughter glad she has you for a mother and it will show ScarJo with a little more junk in her trunk than we’re used to seeing. 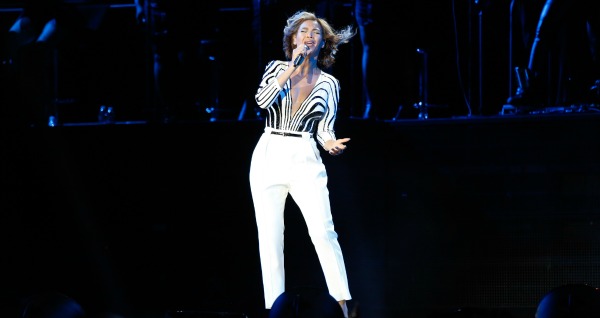 Beyoncé coined the term “bootylicious” long ago, and may have pioneered the trend of looking at large backsides appreciatively instead of with disdain. Think about the chain of events. “Bootylicious” challenged us with “I don’t think you’re ready for this jelly,” then we started hearing about Apple Bottom jeans and then Kim Kardashian started making millions. We’d venture to say Kardashian owes her whole career to Beyoncé. Queen B has never been rail skinny, but has always looked healthy and strong. 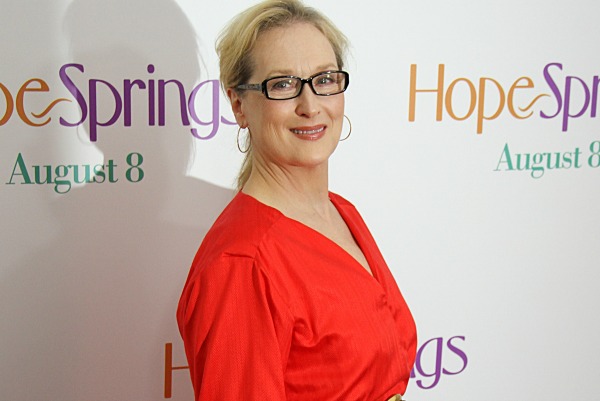 Meryl Streep has enjoyed one of the most impressive and enduring careers in Hollywood all while maintaining a healthy weight. Her skin is perfection and while she always looks tastefully put together, she’s never been what you’d call “skinny.” Long live Meryl Streep. 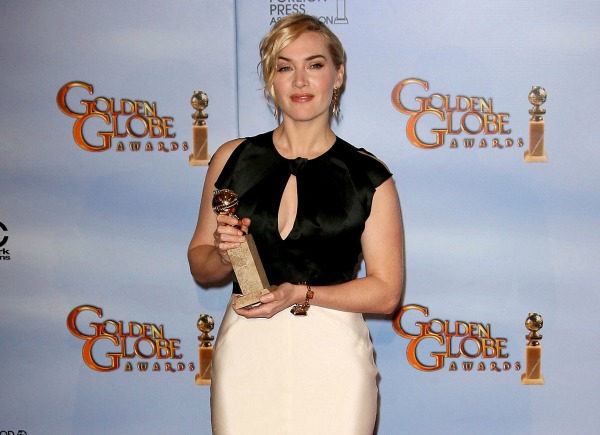 We fell in love with Kate Winslet‘s timeless figure in The Titanic, and we thank her for giving our daughters (and us) a beautiful example of a curvy figure. She told Timeout.com, “I don’t want to spend time thinking about the size of my arse. I want to be healthy and I want to have as much fun as I can have. I want to be around for my children. That’s it. Those are the priorities. Not getting a flat stomach. Don’t get me wrong, I like staying fit and healthy, it’s all part of a healthy attitude to life. I don’t think I’m alone in this.” We love Kate for saying “arse” and for being Kate. 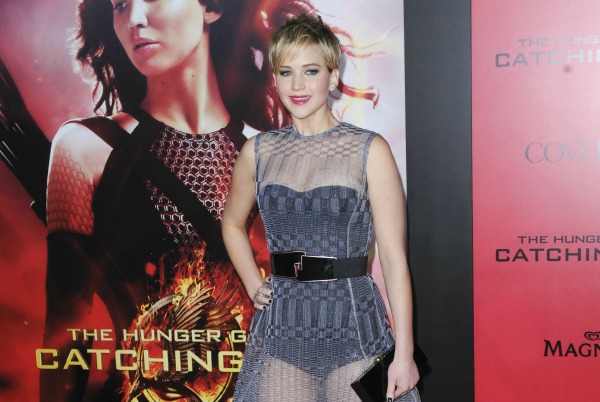 In a Harper’s Bazaar interview, Jennifer Lawrence revealed she was told she was too fat, that it would threaten her career and that folks in the industry tried to bully her into losing weight. Lawrence responded with, “If anybody even tries to whisper the word “diet,” I’m like, ‘You can go f*** yourself.'” Strong language notwithstanding, this is the kind of young woman we need to be holding up as an example for our daughters. She’s not afraid to draw the line in the sand and take a stand against the crazy pressure in Hollywood to be unrealistically thin. 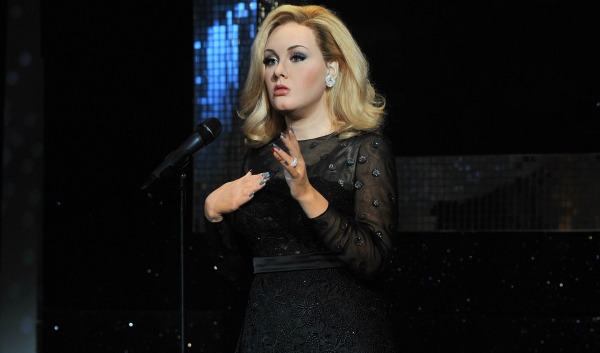 Adele rocks, and we’re not just talking about her phenomenal voice. She told 60 Minutes’ Anderson Cooper, “I’ve never looked at magazine covers or music videos and thought, ‘I need to look like that if I want to be a success.’ To sell more records, I don’t need to. I’m selling records.” When Cooper remarked that Adele is setting a good example for young women, she responded, “I don’t think exploiting yourself sexually is a good look.” Wow. We couldn’t agree more.