Chris Brown was released from rehab not long ago, which seemed like a good sign for the singer. But it looks like his bad behavior during that treatment means he is going back for a long time. 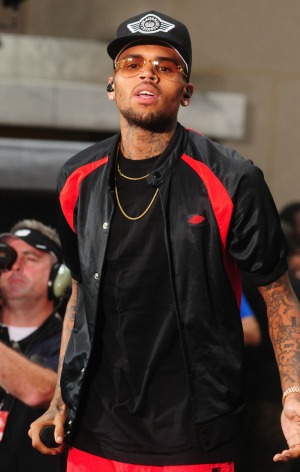 Earlier this month, Chris Brown left rehab after only 16 days, but it seems too much to hope that he was cured after such a short time. It turns out he was forced to leave that facility, and now we know why.

Brown got another piece of bad news on Wednesday after new info was revealed about that previous rehab stay. Documents were given to the judge and prosecutor in Brown’s Los Angeles case explaining how the singer was released because he had thrown a rock through his mom’s car window, according to The Hollywood Reporter.

The letter was from the previous facility Brown was at, and was part of the decision to order him to rehab for three months.

The document talked about a joint counseling session on Nov. 10, when Brown threw the rock. According to THR, the violence broke the agreement he made when he entered the facility.

Besides the treatment, on Wednesday Brown was also ordered to submit to drug testing and nearly 25 hours of community service each week, which will include things like removing graffiti and roadside garbage. The previous rehab stay was for anger management, but was entered voluntarily after he was arrested for assault. Although going to rehab doesn’t necessarily affect whether or not he will be prosecuted in the assault charge, the prosecutors can take it into account. He is due back in court next week in that case.

Brown is still completing a previous commitment of community service, which was ordered as part of his sentence for the assault of his then-girlfriend Rihanna back in 2009.

It’s not clear when Brown will be ordered to complete the three months of rehab, but he has also been ordered to take medications prescribed by his doctor. Hopefully, being forced back to rehab for such a long time will finally be the help Brown needs to turn his life in the right direction.