Charlie Sheen is waving the white flag when it comes to his son’s custody case. It’s time for him to just be a dad. 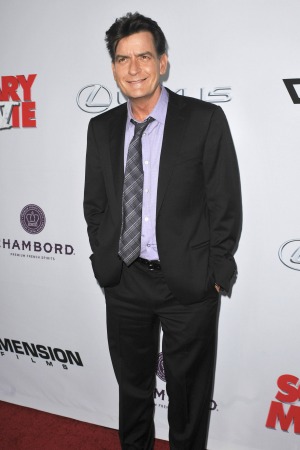 Is the war finally over? It looks like Charlie Sheen and the Los Angeles County Department of Children and Family Services have found some peace.

The two have been arguing over the custody of Sheen’s sons Bob and Max from his third marriage to Brooke Mueller. According to RadarOnline, the TV star realized he was fighting a losing battle.

A source told the gossip site that Sheen “recognized that if he wants to spend time with the boys, he’ll need to cooperate with child protective services.”

As it stands now, Brooke’s brother Scott Mueller currently has temporary custody while his sister works to earn her parental rights back by maintaining her sobriety. Sheen’s second wife Denise Richards cared for the boys while Brooke was in rehab, but she could no longer do so once the twins’ behavior turned violent.

Now that Scott is in charge, the Anger Management star realized the power structure of his family had changed.

The source continued, “Charlie stood on the sidelines as Denise became the temporary guardian of the boys. That meant that he had visitation almost every day. Now that Bob and Max are with Brooke’s brother Scott, he’s been frozen out. He hasn’t been able to see them. For that to change, Charlie needed to step up and participate.”

Is Charlie Sheen about to change reality TV forever? >>

There’s been no word on how the 4-year-old twins are handling the recent upheaval. The boys went from living with their half-sisters with Richards to living with their mother full-time while officially being cared for by their uncle.

Sheen wants to make that transition as easy as possible. For now, the war is over.

Said RadarOnline’s source, “Charlie will be a big part of the boy’s lives. They are his sons and he wants to do whatever is necessary to make that happen. This is one of the first steps.”