It might be a happy holiday season for Casey Kasem after all. The court orders the family to sit down and work out their differences. 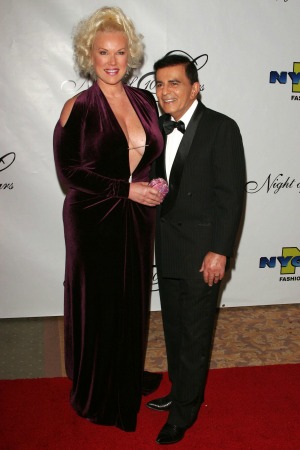 It’s time for the Kasem family to put the feuding aside. On Tuesday, that’s exactly what a Los Angeles judge ordered Casey Kasem’s wife and three children to do.

Los Angeles Superior Court Judge Lesley Green wants the family to work out the “bad blood” and find some peace among themselves. She denied Casey’s 38-year-old daughter’s request for emergency conservatorship. However, Julie’s request for permanent conservatorship will be decided on Dec. 20.

Camille Grammer’s boyfriend on the run >>

Judge Green also revealed that a court evaluator confirmed that the former Top 40 DJ wanted to see his adult children again. According to the kids, those visits were forbidden by his wife Jean once the music personality became bedridden with Parkinson’s disease last summer.

According the New York Daily News, his daughters Julie and Kerri and son Mike were all very close to their dad. Before he took ill, they visited him regularly and spoke to him on a daily basis.

They took to protesting outside of his gated home because their attempts to contact their dad were allegedly being thwarted by his 59-year-old wife. The kids finally took action by filing with the court.

Kerri told the periodical, “Look, people fight and they don’t like each other, and that’s fine. But it’s cruel to keep us from seeing our dad. We don’t want any money from Jean. We don’t care about that. We were raised well, and we support ourselves.”

Jean’s lawyer Marshall Grossman felt that Kasem’s kids were “bullying” his client. However, the family seems to be trying to mend fences by working on a visitation agreement including a Thanksgiving visit next week. Both sides met for an hour to start the negotiation process which will continue this week.

Kerri told the New York publication about the negotiations, “Maybe instead of every week it’s every other week for a couple hours with all of us, with the family together. As the judge said, my dad has expressed wanting to see his family, and he’s expressed it loud and clear.”

Jean is Casey’s second wife and together, they have one daughter Liberty, 23. The three adult children who filed the court action are from the former music industry leader’s first marriage.