No, we don’t mean “boobs” as in “silly” (because that would be a tight race, right?). We mean actual breasts. There seems to be a sibling nip rivalry taking place in the Kardashian clan, and Kendall Jenner decided it was time her girls entered the competition. 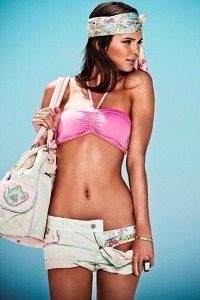 Kendall Jenner sort of slipped into the competition with this little number. It says, “Hey, I’m not quite 18, so I have to do a bikini shot that looks like I’m taking my shorts off at the beach.” She’s part of the Kardashian bunch though, so we knew this was a preview of what was to come. 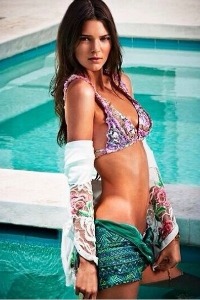 When this was taken, it was the two-month eve of her 18th birthday, so she’s still in a bikini, but the shorts are just a bit lower. As an aside, may we talk to the mothers of 18-year-olds in the room? Is this OK or is Kris Jenner a reincarnated madame from Old West? 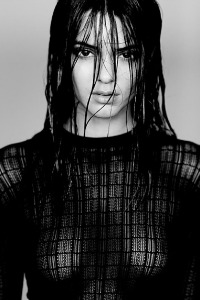 There it is! Or there “they” are. Here, Kendall Jenner is saying, “Happy 18th Birthday to myself — I finally get to put the girls out there without it being technically creepy.” (Please note use of the word “technically.”) 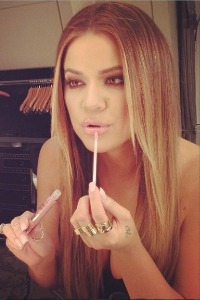 How do you remind the public that you are a viable member of the Kardashian empire? You post an Instagram photo where you look topless. The fact that Khloé Kardashian used this image to promote the Kardashian makeup line gives her extra points in this competition. 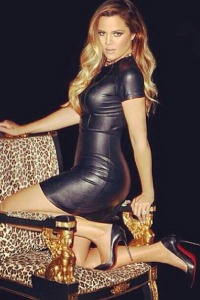 Here’s what we love about Khloé. In a family where looks and sex appeal are everything, she has carved out her own niche. She’s not one to flaunt her fun bags as regularly as some of her sisters, but she is a fan of vamping it up in sleek, leather attire that shows off her hard-earned physique. 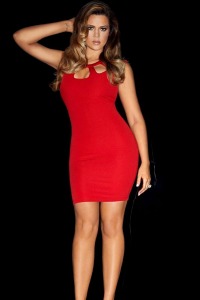 Khloé is our favorite competitor in this race because she quietly came from the back and then came at us with this. In the early days of Kardashian fame, Khloé didn’t really resemble her siblings too much. The poor dear even had to suffer allegations that she didn’t have the same dad as her sisters. As we see here, she’s not only a full-blooded Kardashian, she’s giving the rest of the bunch a run for their money. 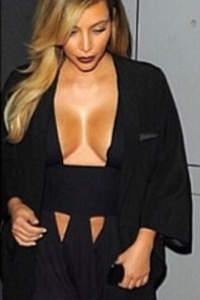 Shortly after giving birth, Kim Kardashian rocked this little postnatal number. We always thought she resembled Disney’s Jasmine from Aladdin, and in this getup she’s a dead ringer. What shoes did Kim wear with this? It doesn’t matter. No one was looking at her shoes. 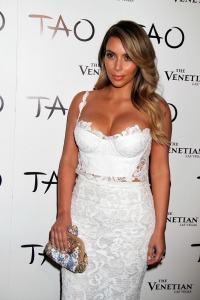 Kim continues to keep the attention where she wants if after giving birth to baby North West — on her lovely lady humps. It seems this sibling is reigning supreme in the battle of the boobs. 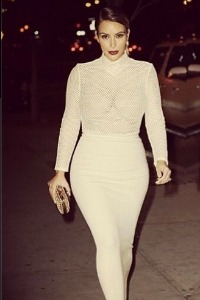 About the same time baby sister Kendall posed in a see-through top, Kim reminds her and the public who did it first and who did it best. We would point out, however, that Kim’s smile of late seems to have a bit of attitude to it. In all three of these boob pics, Kim K looks annoyed. We’re sure being hounded by cameras gets old, but remember honey, you asked for it.

So, who is the winner? Since Kimye just released this video where Kim is topless, for now we have to give the booby prize to her. Cast your vote in the poll below on who you think is the No. 1 boob. (Note: Is it just us, or does the fake motorcycle ride that these two are on make their on-bike tryst look like they are trying to get comfortable while sitting on top of a washing machine during the spin cycle?)
More on the Kardashians