NeNe Leakes had a health scare on Monday and caused panic amongst her fans when she was rushed to hospital with blood clots in her lungs. 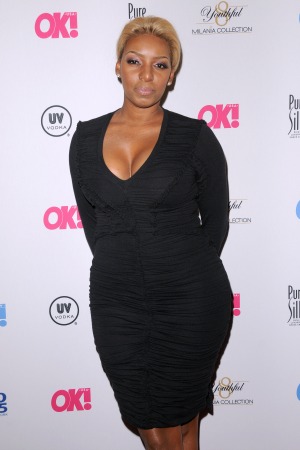 NeNe Leakes has been having a tough week because the Glee star recently faced a serious health scare and was hospitalized for blood clots in her lung.

The 45-year-old reality television star and actress thanked her fans via Twitter for their constant support and well wishes, saying, “Contrary to published reports I did not have a heart attack” and revealed that she had in fact suffered blood clots in her lung.

Leakes had been rushed to the hospital on Monday after feeling that something was not right with her body. Although, she did not discover exactly what the cause was until yesterday and is now feeling very thankful to be alive.

Sharing her emotional experience with her fans, Leakes posted a photo of herself on Twitter in a hospital gown with IVs in both arms, which she captioned, “My arms are hurting wit these IV’s #blessedtobealive.”

Leakes also tweeted thanks to her fans, saying, “Thanks for tuning into RHOA 2nite! I have been very sick for the past couple of days. But I wanted 2 Thank my tweetie pies.”

The Real Housewives of Atlanta star clarified what had happened to her in a statement on her official page, NeneLeakesOfficial.com, where she wrote, “Late last week I wasn’t feeling well and was feeling a little short of breath.”

“I know my body and I know when I should be concerned so I went to the hospital to get checked out.”

“I’m told this happened to me because of the constant traveling around the country that I do for my job,” the star said.

Leakes has been working nonstop on multiple shows including Glee, where she stars as coach Roz Washington and Rocky Rhoades in the now-canceled The New Normal.

Not to mention she also has a spin-off reality show I Dream of NeNe, so there’s no doubt the star is completely exhausted, in addition to being unwell.

Leakes added, “I’m thankful to be alive as the doctor advised me that most people don’t recognize the symptoms of blood clots and don’t go to the doctor and that’s when the big problems start happening.”

Luckily, this scary situation has a happy ending and the Glee star is said to make a full recovery and is back at home with her husband Gregg Leakes.

In an attempt to convince her fans that she was doing better Leakes posted an image of herself and her little granddaughter, saying “I’m blessed to be home with my wonderful husband and family!”

“Look who crawled in the hospital bed with me.”