Today’s biggest musicians are filthy rich. Forbes has revealed the highest-paid singers of 2013, which include Madonna, Beyonce and Bon Jovi. 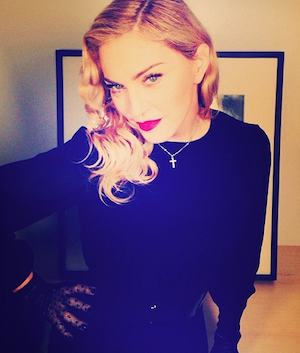 Here’s another reason to put that Madonna vs. Lady Gaga feud to rest. According to Forbes, there’s no contest as to who’s the queen of pop. The magazine released its list of the highest-paid musicians of the year and guess who came out on top?

They don’t call her the Material Girl for nothing. Madonna earned an astounding $125 million between June 1, 2012 and June 1, 2013. A chunk of her income came from her MDNA Tour, which grossed $305 million alone. She also has endorsement deals, her Material Girl clothing line and her Truth or Dare fragrance.

Coming in at a distant No. 2 is Lady Gaga with $80 million, which is still nothing to sneeze at. It’s more than most of us will see in our lifetimes. The singer earned $168 million from her worldwide tour, which was cut short because of the singer’s hip injury. Could you imagine her pay if she had finished the remaining dates?

Rounding out the Top 3 is Bon Jovi. Those boys from Jersey are still rocking! Their latest tour, aptly titled, Because We Can, is raking in more than $3 million per city. So yeah, they can and they will. They’ve outsold younger acts like Kanye West, Carrie Underwood and Skrillex.