Fans might have to wait until 2015 to see the film, but SheKnows has the latest casting news for Fifty Shades of Grey. 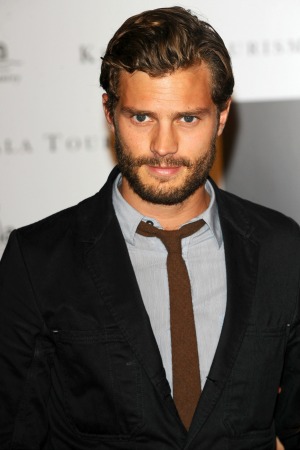 Fans are ramping up with excitement as the team behind the film adaptation of Fifty Shades of Grey keeps leaking new information about the production. Cast members continue to be added to the movie’s website. Here’s the latest rundown of who is in the flick.

Jamie Dornan has everyone excited about the Christian Grey role after Sons of Anarchy star Charlie Hunnam had to drop out because of scheduling conflicts. It seems fans are much happier with Dornan’s selection for the sexy role.

Dakota Johnson has been attached to the film as Anastasia Steele since the initial leads were announced. She’s known to television viewers for her role in the short-lived Fox show Ben and Kate. She also comes from Hollywood lineage as the daughter of Don Johnson and Melanie Griffith.

Recently, True Blood star Luke Grimes joined the cast as Christian’s elder brother, Elliot. Hopefully, the script will include his character’s signature phrase of “Laters, baby” from the trilogy. In addition to Grimes’ casting, Jennifer Ehle of Zero Dark Thirty and The Ides of March will appear as frequent bride and Ana’s mother, Carla May Wilks. 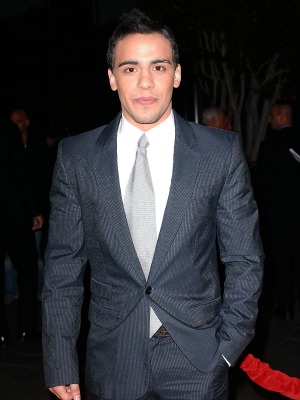 Victor Rasuk of How To Make It in America fame, will be playing the role of José Rodriguez, who Ana describes as “the brother [she] never had.” He’s stuck in the friend zone even though he’s loved his college friend since freshman year at Washington State University, Vancouver.

The latest casting news that occurred just after the Thanksgiving holiday, is the announcement that singer Rita Ora and Oscar-winner Marcia Gay Harden have joined the team. Ora will play Christian Grey’s adopted sister, Mia, while Harden will assume the role of Grey’s mother, Dr. Grace Trevelyan Grey. That still leaves one Grey family member yet to be cast, his father Carrick Grey.

Just a few days after those big names were released to the public, Anastasia Steele’s stepdad was officially cast. It’s Arrow star Dylan Neal who will play opposite Ehle as her fourth husband.

Who will be announced next? The internet is buzzing over who will be cast as Ana’s best friend and roommate Kate Kavanagh. The production team is keeping their cast list close to the vest, but production has already begun in Vancouver, Canada.

The Sam Taylor-Johnson-directed film has been pushed back to a Feb. 15, 2015, release date. Fans will have to wait, but E L James wants to make sure they get the film right.

It’s hard to be patient.