With ratings dropping for Revenge, ABC is playing a shuffle game with the midseason schedule, and the changes don’t do the Sunday soap any favors. 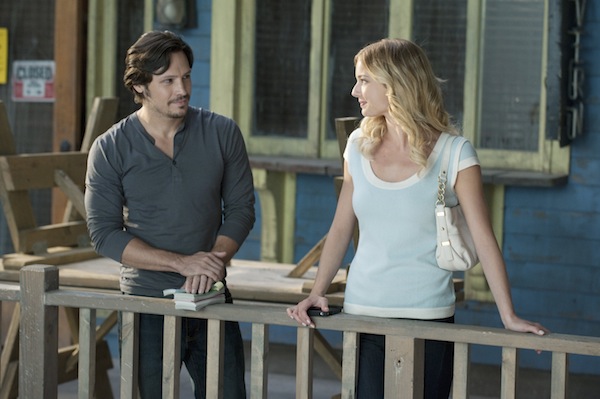 It was announced on Monday that ABC has locked in its midseason schedule, which wouldn’t be that interesting if it wasn’t pushing its veteran Sunday night soap Revenge to a later time. Ouch!

The show has not been performing well this season, and the future on the network doesn’t look bright for the third-season drama. ABC has yet to pull the plug, but the bold time shift move shows ABC isn’t satisfied with Revenge‘s current standing.

During the week before last, Nielsen reported that Revenge hit a series low 1.3 rating among adults ages 18-49.

According to The Hollywood Reporter, Revenge‘s move to a later time will make room for rookie show Resurrection to take the spotlight on Sunday. Resurrection is the story of a town whose dead loved ones begin to come back to life.

As for the good news, all you Juan Pablo fans can start getting excited. The Bachelor has set its premiere date for Monday, Jan. 6.

Other changes to the schedule include a delay in reality competition The Quest, which will now be pushed back until Summer 2014.

Freshman comedy Mixology took the prime spot for the season. The show will air on Wednesdays at 9:30 p.m. after Modern Family. Mixology comes from the writers of The Hangover and will follow five single men and five single women as they search for love over the course of one night.