Hulk Hogan has spoken out about his dark past and revealed that the only reason he did not take his own life is because of his fans’ love for him. 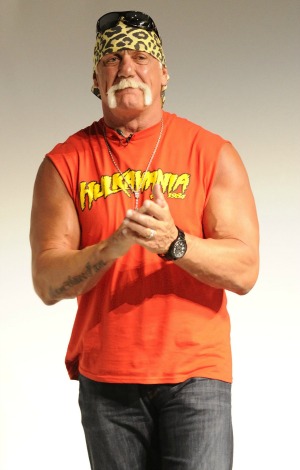 Terry Gene Bollea better known as Hulk Hogan appears to be a cheerful and strong man, but every thing has not always been positive in his life.

The wrestling legend recently revealed that he seriously contemplated taking his own life.

Faced with a dark time in his career, the 60-year-old entertainer realized that his body could no longer take the toll of his rigorous ring routines, his personal life was in tatters and his reality TV show Hogan Knows Best was canceled in late 2007.

All that drama at once did not have a positive effect on Bollea’s life and he recently revealed to on Oprah: Where Are They Now? that his tough outer did not reflect the inner turmoil that he was suffering from.

Hogan said, “Everything got dark, everything happened at once. I was drinking alcohol very heavily. It just all kept piling up.”

The former WWE star’s life was filled with negativity and it was only the love of his fans that made him realize that taking his own life was not the only way.

The wrestling legend said, “There was an incident in Miami on New Year’s Eve where I was with my family and a bunch of my friends at a table. And there’s a bunch of negativity about the food being bad, you know the Champagne didn’t work, even though it was all consumed.”

“And when I walked outside, some kid ran up and hugged me and was like, ‘Oh, I grew up watching you. I didn’t have a dad, you’re like a dad to me.’ And there was another person that said, ‘Hey Hulk, we love you.'”

Since that moment Hogan has left his negativity in the past and although his marriage to his wife Linda Bollea ended in divorce in 2009 he has been able to rebuild his life and has even found love again in the arms of new wife, Jennifer McDaniel, in 2010.

We are always happy to see happy endings…