Kanye West has a new video out for his song “Bound 2” and it features his real-life fiancée, Kim Kardashian, riding along topless and backwards on his motorcycle. 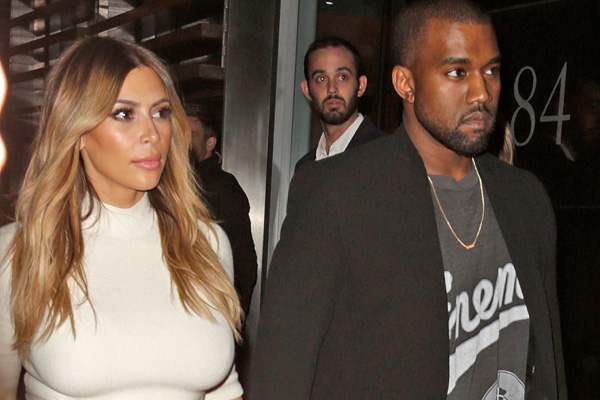 Kanye West‘s new “Bound 2” music video was premiered on the Ellen DeGeneres Show Tuesday, showcasing his fiancée, Kim Kardashian, baring her naked chest as she rides along with him on a motorcycle.

In the video, the happy traveling couple is seen as they ride through imposed landscapes including the Grand Canyon, snowy mountains and beautiful sunsets. During the leisure ride, Kardashian sits naked while facing her man on the motorcycle, leaning back to give West a straight shot of her breasts as he sings along. Additionally, the simulated roadside shaking as the two make out and embrace each other really adds to the semi-porno feel of the revealing video.

A few times, Kardashian leans onto West, grinding all over him as she hugs and kisses him while he keeps on riding. It’s amazing how West manages to keep the motorcycle upright during all those distractions, not to mention the conveniently obstructed view of the road ahead!

While West was a guest on Ellen’s show, it was still odd to premiere his video on a daytime venue. With lyrics such as “I wanna f*** you hard on the sink, after that give you something to drink,” paired with a writhing nude Kardashian, it really seemed out of place.

Kanye West may be headed to prison over paparazzo attack >>

However, West also took the time to sweetly talk about his new 5-month-old daughter he has with Kardashian, North West. But he still had to let it be known that when his fiancée got pregnant, the two were only “just practicing at the time,” and not in the baby-planning stages yet, though they say they’re actually now ready for baby No. 2!

If you dare, you can watch West and Kardashian’s eye-popping video below: