Just because The Originals isn’t new tonight, doesn’t mean you can’t find some spicy details about what’s to come. We’ve got you covered. 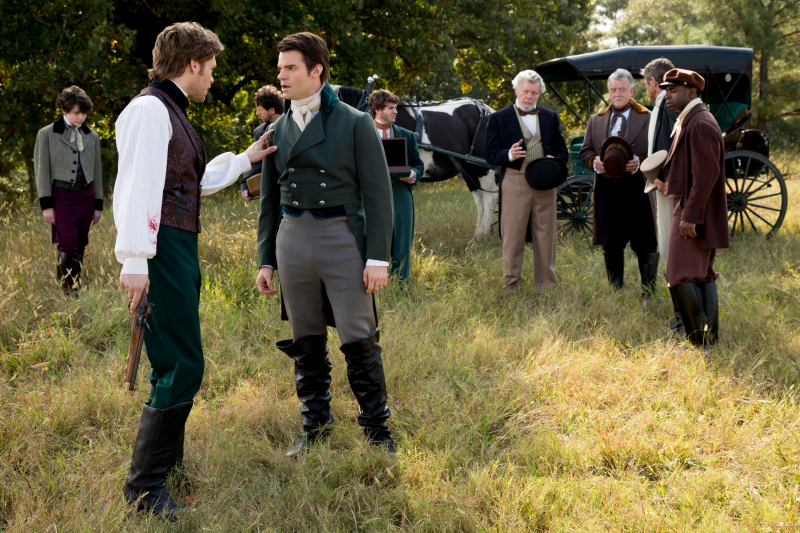 The Originals is taking a break this week, which means tonight is looking bleak.

We can hardly contain ourselves waiting for new episodes, especially given the news that Klaroline will be reunited sometime soon on The Vampire Diaries. Though little is known about this development, the 100th episode of The Vampire Diaries is coming up (it will be Season 5 Episode 11, airing sometime in 2014), which seems a fitting time for a reunion.

According to The CW, in Episode 8 of The Originals we’ll see “the first battle of the war.”

Though the images released on the site are hardly giving any of the juicy details away, it looks like we’ll also be getting some more flashback circa the 19th century.

The CW also says in the synopsis, “Rebekah (Claire Holt), facing a difficult decision, turns to Father Kieran for guidance. Elijah (Daniel Gillies) struggles with the consequences of a recent fallout with Klaus (Joseph Morgan). Hayley (Phoebe Tonkin) remains by his side but is soon drawn away by a mysterious figure who sheds some light on her past. Meanwhile, a frustrated Cami (Leah Pipes) struggles to make sense of a cryptic message she’s come across. Finally, when an unsuspecting Marcel uncovers some upsetting information involving Klaus, a confrontation ends in a surprising twist.”

Here’s out interpretation of what we think that synopsis means: Rebekah can’t decide whether she 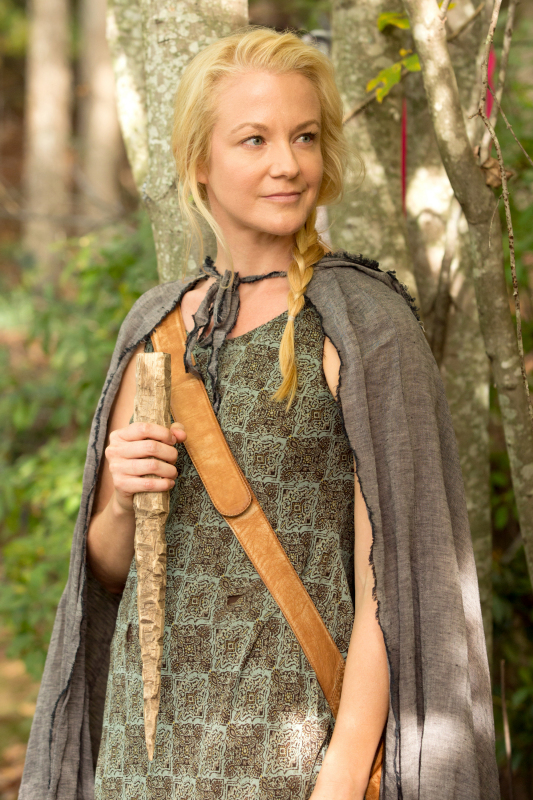 should stick with her family, specifically Klaus, or go for love with Marcel. Klaus bites Elijah and he nearly dies. It’ll be worth it though because Hayley will oh-so-romantically nurse him back to health. Hayley will run into another werewolf who will cryptically give her some sort of vague clues that will lead her to Eve in Episode 9 (see below). Cami has been leaving herself notes Memento-style since Klaus is making her forget everything. She starts to piece together the missing information. Then, Tyler will start spilling on the original’s secret to Marcel leading to a throw down with Klaus. The unsuspecting twist is probably that Rebekah takes Marcel’s side.

Things will get interesting in Episode 9 when a new werewolf on the scene named Eve
(pictured right) leads Hayley and the originals to more information about Hayley’s family. Could Eve be some sort of long-lost relative? She’s part of the pack that was run out of New Orleans by Marcel.

Phoebe Tonkin who plays Hayley recently told E! Online, “As Hayley finds out more about her family, she’s obviously going to want to bring them back and allow them to be free and happy in the quarters alongside all the other witches and vampires.”

It looks like Hayley won’t be laying low any longer. It’ll be interesting to see how she balances protecting her baby with helping her new-found family.