Uh-oh! Teresa and Joe Giudice now find themselves in even more hot water. On Monday, they were charged with two more counts of fraud. 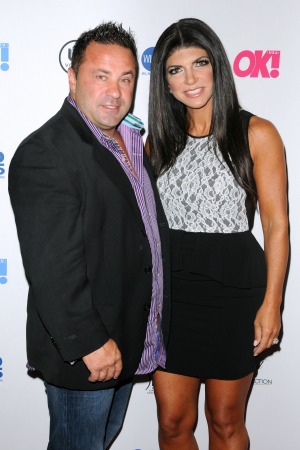 It’s going to be a tough holiday season for Teresa Giudice and her husband, Joe. Their ongoing fraud case just got even more intense as a federal grand jury added two more counts against the couple on Monday in Newark, New Jersey.

The Bravo TV reality stars were indicted in federal court last July on 39 counts of fraud. The new charges center on a $361,250 mortgage on which the 41-year-old falsely listed her employment status as a realtor with a monthly income of $15,000.

As reported earlier in the summer, the couple face a possible 50 years in prison each if they are convicted on all charges. They are parents to four young girls, so the impending jail time must be stressful for the Real Housewives of New Jersey stars.

Teresa’s lawyer talked to Us Weekly about the new charges and how she is pressing forward.

The lawyer said, “As she did with respect to the allegations contained in the original indictment, Teresa intends to plead ‘not guilty’ to the allegations in the new indictment. She looks forward to defending herself at the trial, scheduled for February 24, 2014. Beyond that, we will answer all of the charges in court, not out.”

The Giudices will be arraigned on the new charges on Nov. 20 at the U.S. District Court in Newark.

Bravo TV is currently filming the latest season of the Giudices’ reality series. The cable network is expected to cover the family’s serious legal issues as they unfold.