Breaking Bad‘s Skyler White has found her next series role! Anna Gunn will be starring opposite David Tennant in the U.S. adaptation of the U.K. drama Broadchurch. 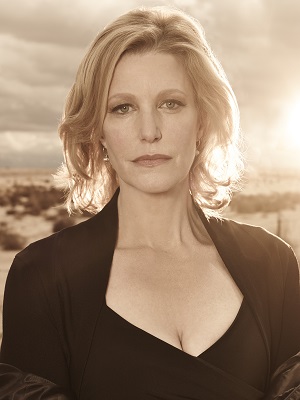 Things are shaping up nicely for the highly anticipated U.S. adaptation of the U.K. drama Broadchurch.

Gracepoint — as it will be called in the U.S. — will be an event series on the 2014-2105 schedule starring David Tennant (Doctor Who), will play outsider Detective Emmett Carver, a role he originated on the U.K. drama under another name.

Today it was announced he’ll be joined by Anna Gunn (Breaking Bad) who has been cast as Detective Ellie Miller. Detective Miller is disgruntled, but it’s a feeling that soon fades in the wake of terrible tragedy.

Detective Miller works her very first murder case with the “prickly” Detective Carver, which will force her to look at her hometown and those she cares about “through a different prism.”

Gunn won a Primetime Emmy Award for Outstanding Supporting Actress in a Drama Series for her performance as Skyler White on Breaking Bad, and at one time fought back against the audience reaction to her character as it flowed onto her as a person by writing an opinion piece that was featured in the New York Times.

Since completing production of Breaking Bad, Gunn has been taking her time finding the right role. Other than landing the role in Gracepoint, her only other acting credit is in an upcoming movie titled Rita, about a private school teacher who is struggling to raise her three teenage children while dealing with the bureaucracy and overprotective parents at the school where she works.

Fox also announced that Academy Award Nominee Jacki Weaver (Silver Linings Playbook) will be joining Tennant and Gunn in Gracepoint as Susan Wright, a scowling, mysterious woman who lives alone with her dog in an RV park.

Is that Elizabeth I in the Doctor Who anniversary special? >>

If the rest of the cast shapes up as nicely as the first three accomplished actors associated with Gracepoint, it has the possibility to become as popular as its predecessor, Broadchurch.