Demi Lovato plans to write a book about the dark path her life took, and how she pulled off an incredible comeback. 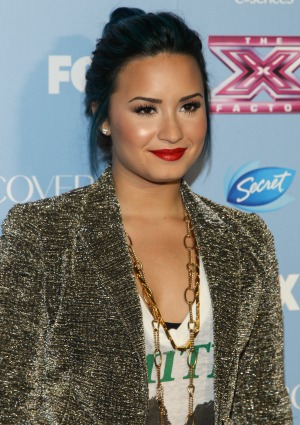 Demi Lovato is writing a tell-all book about the dark path her life took before her trip to rehab — but how much will the star reveal? It’s a question she hasn’t figured out the answer to quite yet.

In an interview with Entertainment Weekly, Lovato hinted that her drinking and drugging were far, far worse than anyone has yet imagined.

“I’m battling with internal thoughts on how honest I should be,” Lovato said. “Yes, I’ve been very honest, but if people really knew how dark and deep my struggles got — not just with my eating disorder but with drugs and alcohol — they’d be really shocked. But I’ll most likely end up saying everything. Maybe it’ll help other people in the industry who are headed down the wrong path.”

The X Factor judge said that her excuse to do whatever she wanted was that she never wanted to be a role model. “I used to say that too,” she said. “That was my excuse to do whatever the f*** I wanted and not give a s*** about what other people thought. Then I ended up going through some stuff. I realized I’m never going to escape the fact that I’m in the public eye, so I might as well do the best I can.”

Now she loves and appreciates those very fans she didn’t want looking up to her back then more than ever.

“When I was in treatment, I honestly thought my career was over,” she explained. “But when I came out of treatment, I had more supportive fans than ever.”

The star has previously revealed she was suicidal at an incredibly young age. “Even before Barney, I was suicidal. I was 7,” she told Cosmopolitan in August. “With Barney, I guess subliminally, I did have a relationship with this figure that was saving my life in a way… I’ve talked about being bullied and the years of being a teenager, but I went through things when I was younger that I’ve never talked about that probably caused me to turn out the way I ended up turning out.”

While she has yet to reveal what those shocking childhood events are that could have caused her troubles in later years, maybe those stories will come out in this tell-all.