The Strictly Come Dancing stars had a little shock after the show recently after thieves managed to get into their dressing rooms and ransack them! 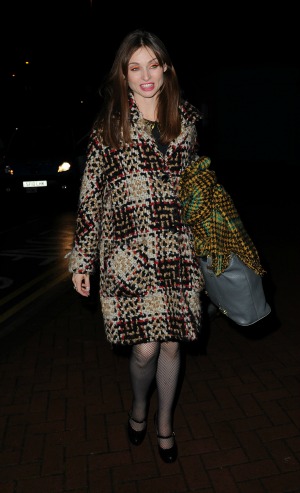 You would think that when performing on a hit TV series that your belongings would be safe from thieves. Unfortunately, for the Strictly Come Dancing stars that is not the case.

The hit show, which is very similar to Dancing With The Stars, is held at the Blackpool Tower in Lancashire, U.K., and was recently the target of thieves. The robbers broke into the building on Sunday using a network of tunnels that were built 120 years ago.

The thefts happened while the show was live, and the changing rooms of contestants Sophie Ellis-Bextor, Abbey Clancy and Natalie Gumede were cleared out.

Among the stolen belongings are iPads, iPhones, jewelry, cash and several other personal items from Sophie Ellis-Bexter, Abbey Clancy and Natalie Gumede.

The contestants are very upset and a Lancashire Police spokesperson revealed to the Daily Mail, “We are investigating a theft that has occurred at the Tower Ballroom at Blackpool.”

“It was reported to us at around 9:45 p.m. that some items had been taken from a dressing room within the building — officers are investigating the theft and are making a number of inquiries to trace the person or people responsible and we would appeal to anyone who may have seen any suspicious activity in the area to contact police.”

Regardless of the fact that the belongings were stolen, the show must go on and at least no one was hurt during the incident.

A Blackpool Tower spokesperson said, “Staff and former staff would know of the existence of the tunnels.”

“It would mean cutting the risk of going through public areas. It is a rabbit warren below ground level.”

Could it have been an inside job?