Glee has fallen in a rut that not even Demi Lovato or Adam Lambert could salvage this season. Here’s our list of the Top 10 Cameos that might stand a chance of reviving the show. 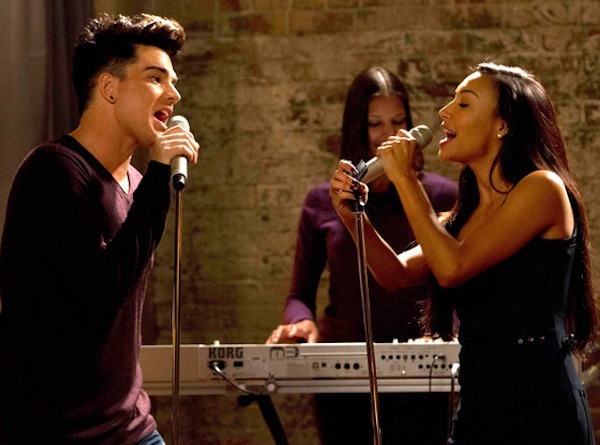 Adam Lambert and Demi Lovato were enough to spark some interest on Season 5 of Glee, but their performances on the show haven’t been enough to save it. Unless Glee finds a way to garner viewers and fast, this may be the end of the singing sensation.

Glee needs a certain kind of star power to climb out of its ratings hole, and we have suggestions.

People watch Miley Cyrus only to see what kind of scene she’ll cause. Sure, she’d have to keep her clothes on for Glee, but the cameo would still, no doubt, be interesting.

Though not the best role model lately, there’s no denying the star has influence. Beliebers are quite the trend makers and a cameo by Bieber would be sure to up the ratings.

Just imagine Madonna interacting with Santana. It would be hilariously fantastic. Or Kurt’s reaction to seeing her. It would definitely be a great New York moment.

McKinley High could just happen to need of a soccer coach and who better to fill the role? Every woman in America would watch.

Let’s see this funny lady as the bad teacher at school. She and Sue would be the best BFFs.

It doesn’t matter where or when they show up, One Direction will cause a stir. These guys could appear as part of the competition in the vein of The Warblers.

Bring back the original cast and give them great story lines! The show has lost a lot in the haze of new characters.

Britney Spears has made quite the historic comeback, just think what she could do for Glee.

For some reason people are fascinated watching these girls lately. On Glee, they would be the perfect high school socialites.

Aside from his successfully career in front of the camera, Neil Patrick Harris has also found plenty of success on Broadway and has been known to belt out a tune or two.