Batkid was offered the wish of a lifetime on Friday, and almost all the major actors who have played Batman commented on San Francisco turning into Gotham City for a day. 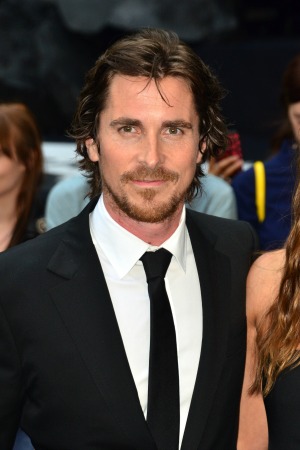 Friday was a big day for the city of San Francisco. A villain was causing chaos across the city, and 5-year-old Batkid saved the day.

Miles Scott was diagnosed with leukemia when he was 18 months old, and he was granted his wish of becoming Batman by the Make-A-Wish Foundation. The entire city was taken over by bat fever. Actors who have played Batman in the past, as well as one future Batman, weighed in on the city turning into Gotham City for a day.

“I saw this headline and thought, ‘What’s that?'” Christian Bale told New York Magazine. “I looked on the news and I saw all the pictures of him running around and saving people. It’s so touching.”

Bale had been in Spain filming Exodus and was on his way back to the U.S. when he saw the story. He said the whole thing was “fantastic,” according to People.

“He must have been bewildered,” Bale said. “Hopefully, later on, he’ll be able to look back and say, ‘Oh my God, how amazing.'”

President Obama (who, as far as we know, has not played Batman in the past) responded to a photo of Miles tweeted out by the Bay Area Make-A-Wish Foundation.

Ben Affleck is currently starring as the caped crusader in the sequel to Man of Steel, and he tweeted about the story on Saturday.

Michael Keaton, who played Batman in two films, told TMZ that he thought it was the “cutest thing in the world.”

The story unfolded throughout the day as Miles found out he was to save a damsel in distress, stop a bank robbery and rescue the San Francisco Giants’ mascot.

Adam West, who was the first actor to play Batman back in the 1960s, tweeted about the news as well.

Val Kilmer posted about Batkid on Facebook on Friday, saying, “Just heard the riddler is robbing a bank in the financial district. Hurry #sfbatkid.”

The Bay Area Make-A-Wish Foundation tweeted the news of the day after Miles had saved the city.

The 5-year-old is now in remission from his cancer, and thanks to an entire city, he now has the memory of a lifetime.