It was Angelina Jolie’s big night, but she was accompanied down the red carpet by her longtime partner Brad Pitt and their son Maddox. 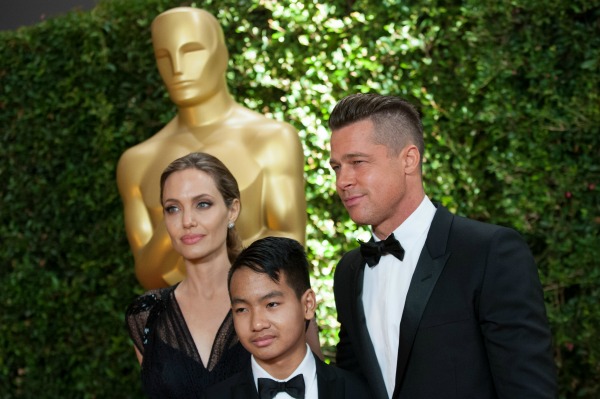 Saturday night was a big night for the Academy of Motion Picture Arts and Sciences. While the Academy Awards are still months away, the organization honored some Hollywood bigwigs at the annual Governors Awards.

Jolie looked stunning in a black Atelier Versace dress. She was accompanied by her fiancé Brad Pitt and her oldest son Maddox, who looked quite grown-up standing by his parents. The 38-year-old actress was honored for her work with the United Nations as a Goodwill Ambassador. 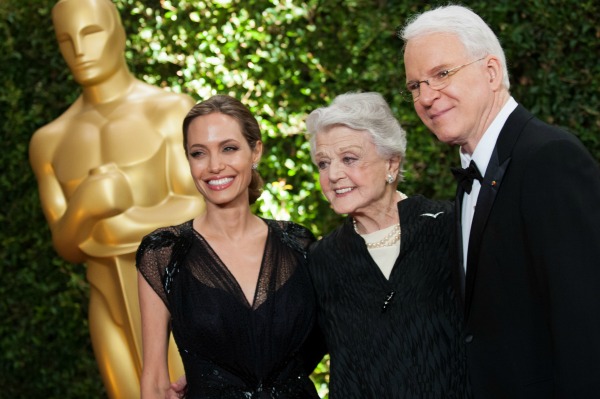 He said, “Angelina Jolie has taken full advantage of her experiences to listen, to learn and to change her world view. [She has] depicted the horrors of war and used her art to illuminate justice issues and make positive change in the world.”

As the Unbroken director accepted her Oscar, she told the invited guests, “It’s quite overwhelming.”

She managed to collect herself and promised that she had more work to do for those less fortunate.

Jolie shared, “I will do the best I can with my life to be of use.”

The Academy even shared a clip of her speech on Instagram.

Also joining in the night’s celebrations were celebrities like Tatum O’Neal, Emma Thompson and Raquel Welch. The Academy’s next big celebration is Oscar night, on Sunday, March 2.