Lamar Odom spent months as a tabloid staple due to his rumored drug use, but it seems his Clippers deal could close just in time for the holidays. 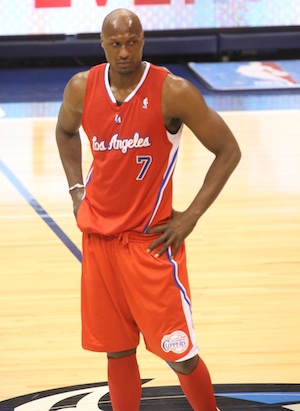 Lamar Odom is likely to return to the Los Angeles Clippers soon despite his rumored drug use and marital problems.

Odom is currently a free agent and hopes to land a deal with the Clippers in the next few weeks. The Clippers have one open spot on their roster, and sources close to the deal say both sides see benefit in signing Odom as soon as possible.

“I wouldn’t say [a deal with the Clippers] is imminent, but I’d be surprised if it doesn’t happen,” said a source for ESPN.com.

Rumors of Odom’s return to the Clippers heated up when the NBA star was seen heading into a meeting with Clippers coach Doc Rivers. The meeting lasted for two hours and included several other members of the team’s management. Sports Illustrated reports that while Odom had a career-low season last year with the Clippers, his versatile playing style is highly desirable.

In 2009 and 2010, Odom helped lead the Los Angeles Lakers to back-to-back championships — a title the Clippers are anxious to secure. He was also a 2011 Sixth Man of the Year.

Addiction issues have derailed Odom’s NBA career and personal life, so a deal with the Clippers could save his career and be lifesaving as well. In just the last month, Odom struggled with countless rumors that his marriage to Khloé Kardashian was over. And despite months of reported sobriety, Odom was spotted heavily intoxicated at a club in Hollywood a few weeks ago. Eyewitnesses at the club told TMZ that Odom was “hammered” but that he did not seem to be on drugs.

Odom has not publicly admitted to drug use, but sources close to the NBA star say he struggled with an addiction to cocaine. He was arrested on a DUI charge in August 2013, voluntarily entered into rehab in September 2013 and recently opted to attend anger-management counseling after he damaged a paparazzo’s camera.

In September 2013, Odom issued a very personal statement via Twitter saying only that his father — who Odom has claimed was addicted to heroin — was a negative influence in his life.