SheKnows had a chance to talk to the Flaming Lips’ frontman Wayne Coyne about Peace Sword, the band’s new EP of music inspired by the film Ender’s Game. But we also got the scoop on their collaboration with Ke$ha, their crazy stage shows and how selling something isn’t selling out. 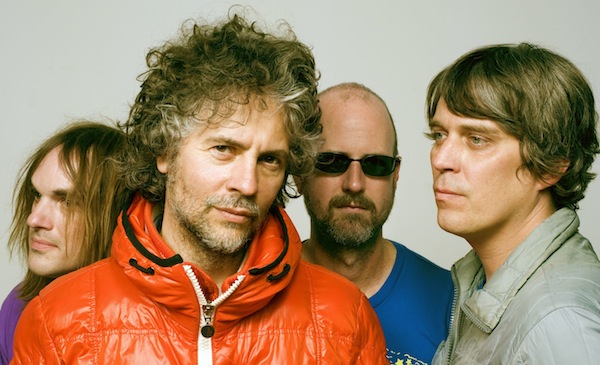 As Wayne Coyne would tell you, in that clichéd world where weirdo rock groups come from, Oklahoma City isn’t at the top of the list.

Well, considering Oklahoma is where Wayne co-founded the experimental rock/neo-psychedelia/alternative/space-rock band the Flaming Lips 30 years ago, maybe we need to reconsider.

Known for its outlandish stage shows featuring lasers, confetti, assorted costumes, big hands, fake blood and, of course, a life-size inflatable hamster ball for crowd walking, the Flaming Lips is a band that creates atmosphere — both in its music and in its performances.

Coyne explains that the band’s theatrics grew out of the concerts he loved experiencing while growing up.

“When I saw the Who at [age] 16, they had some giant lights and lasers,” Coyne says. “We always liked that stuff, so as much as we could do and get away with, we’d do it.”

As the band kept performing, the stage show became a necessary atmosphere setter for the music. Fans may have walked into a dank and dreary auditorium, but they became transported to another place.

“As we went along, I think it helped us in putting across the emotional energy of the show.”

Take your concert experience to the next level >> 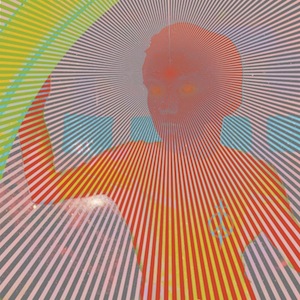 With their psychedelic sound and album titles like 1993’s Transmissions from the Satellite Heart and 2002’s Yoshimi Battles the Pink Robots, it’s a bit surprising that the Flaming Lips haven’t made more music for sci-fi films. The recently released EP Peace Sword features music both for and inspired by the film Ender’s Game, but the band didn’t set out to make an entire EP.

“It became this thing, but none of us knew in the beginning what would happen,” says Coyne.

After a conference with the film’s music director, Coyne and the Lips wrote a song for the movie. However, after they played it for the movie’s music team, word came back that the track was a bit too heavy.

“They said, ‘I like the music, but I think the lyrics are too depressing,'” explains Coyne.

So the band took that feedback, and instead of changing the first song, they came up with an entirely new track for the film. Through this songwriting process, not only did the band come up with the EP’s title track, “Peace Sword (Open Your Heart),” but they created other material that they really liked and wanted to release.

While the digital version of the EP is available now through iTunes, Peace Sword will also be released on CD and vinyl on Nov. 29. But don’t expect the exact same experience on disc as on the digital tracks.

The digital release date was dictated by the film’s release date, but Coyne says, “We wanted a little more time to organize what [the physical version] would be. We were glad that they allowed us the time.”

But when asked about the collaboration, Coyne said, “Lip$ha is not happening, but that doesn’t mean that Ke$ha and the Flaming Lips aren’t doing music together. It’s so difficult and impossible to make music that’s magical, so when it is — that’s what we fight for. The music we’ve done together is just so good and I can’t walk away from it.”

Hmmmm. Is it us, or do you get the feeling that something might happen from this collaboration with Ke$ha after all?

While the Flaming Lips seem about as opposite as you can get from today’s pop stars, Coyne was raving about having just seen Rihanna in concert utilizing her considerable… um… assets.

“She is a great singer and has great songs, but to see her in person shaking her butt, that is where the humor and the joy of life come from. Some people may think it’s cheap, but that’s amazing.”

So who’s the next collaboration? Miley Cyrus? Don’t dismiss that idea just yet.

When we (semi-jokingly) brought up the idea of calling up Miley Cyrus for a Miley/Flaming Lips collaboration, Coyne laughed.

But after a short pause, he replied, “Probably. If you keep talking about it, it probably could happen. Let’s get her number. I’ll call her, too.”

One of the band’s more recognizable songs is 2002’s “Do You Realize” — a song with a seemingly uplifting chorus but somewhat depressing lyrics.

Even so, the song has been used in numerous ads for companies like Range Rover, VH1 and Hewlett-Packard. It was also Oklahoma’s official state song for a few years. Coyne doesn’t mind this appropriation of his songs — regardless of the content.

“We control our own music,” he says. “It wouldn’t be allowed in a car commercial if we didn’t allow it.”

But don’t think it’s for the big payday. While Coyne admits that commercial use of songs usually brings in a lot of money, the band has been a generous financial supporter of both the Central Oklahoma Humane Society and the Academy of Contemporary Music at the University of Central Oklahoma.

“Every time that there’s a luxury of having something give you that much money, we fight for it because it’s going to go to an organization that’s in need of money,” Coyne explains. “Some people dismiss commercials as selling out. But [making advertisements] is a hard job to do. The people who are making those commercials are very intuitive and smart people. Anything that has any meaning or entertains and still sells a product is hard to do.”

Coyne adds, “I don’t do that. I just make music and hope people like it.”

The digital EP Peace Sword, which contains music from and inspired by the film Ender’s Game, is available now on iTunes. Peace Sword will be released on CD and vinyl on Nov. 29.