The Killing can’t be killed. The show has already been canceled twice. Now, Netflix is reviving the series for Season 4, which will be billed as the “final season.” 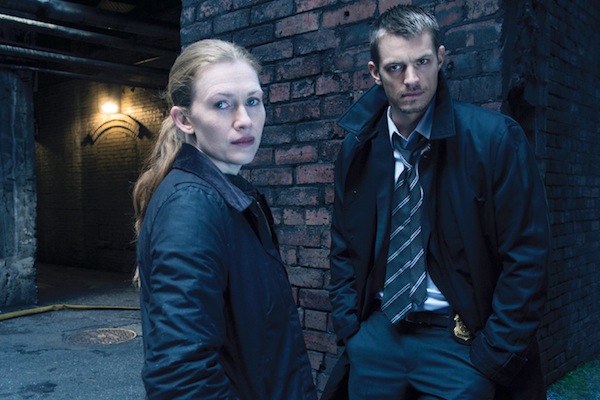 The title of the show The Killing is becoming a bit ironic. After two previous cancellations, it was announced on Friday that Netflix will be reviving the series for a fourth season.

Six new episodes are planned to begin production in February, according to The Hollywood Reporter, with series’ stars Joel Kinnaman and Mireille Enos on board. Netflix is already calling Season 4 the series finale, which means the upcoming six episodes should be the end of the show for good this time.

Peter Sarsgaard to strike fear into The Killing >>

AMC, the network that developed and aired the first three seasons of the crime drama, will not be involved in the new season.

“The rich, serialized storytelling in The Killing thrives on Netflix, and we believe that it is only fitting to give Sarah Linden and Stephen Holder a proper send-off,” Cindy Holland, vice president of original content for Netflix, said in a statement. “We are looking forward to offering fans — both existing and new — a series that we know is perfectly suited for on-demand viewing.”

The Killing canceled after 3 rocky seasons >>

The history of the show hasn’t been easy. Despite receiving initially solid reviews from the critics, ratings dipped, causing AMC to make the difficult decision to cancel the show after its second season.

“It’s a true testament to The Killing creator Veena Sud, and the stellar cast led so compellingly by Mireille Enos and Joel Kinnaman, that fans remained so passionate about the show,” Fox TV Studios president David Madden said, according to The Hollywood Reporter. “We’re gratified that our partners at Netflix recognize this, and are giving us the opportunity to complete the story in a way that will be satisfying to our loyal audience.”