Hey, kids! Have I ever told you the story of How I Met Your Dad? 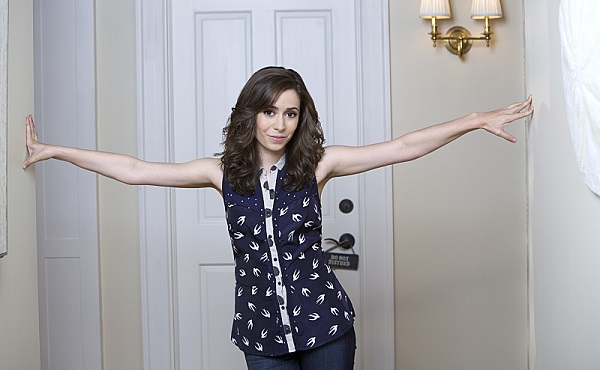 We have news that’s legen — wait for it — dary. CBS is planning a How I Met Your Mother spinoff. That’s right, HIMYM fans: How I Met Your Dad is happening!

Hopefully. CBS is being stingy with the details, but here’s what we know:

First and foremost, it’s co-created by Carter Bays and Craig Thomas, the guys who brought us How I Met Your Mother. Also on board to help write and produce is Emily Spivey, creator of Up All Night. The network put out a production commitment and will move ahead with filming the pilot.

Obviously, you won’t see any of the original HIMYM gang. Since Ted’s life has been almost entirely separate from The Mother’s, there no reason for their lives to overlap at all. At best, there might be instances when Ted and The Mother cross paths without realizing it and without viewers ever seeing Ted’s face, just like they’ve done for nine seasons of HIMYM. It’s The Mother’s turn to tell the story now, so she’ll be the narrator, and we will follow her life and the lives of her groups of friends.

The show will most likely stand completely on its own. There are currently no plans for any sort of crossover involving How I Met Your Mother‘s finale. However, with Bays and Thomas at the helm, there’s always a chance for that to change.

Haaaave you met The Mother? Barney just did! >>

We also don’t know of any official contracts with Cristin Milioti (The Mother) to reprise her still nameless role for the new spinoff. However, we certainly think it’s likely and hope it’s true. Milioti has quickly become well loved by fans of HIMYM.

The spinoff is earning mixed reviews from fans and critics. Many believe they should leave well enough alone and let the HIMYM legacy die with the show. Others are excited for the chance to see more of Milioti. If How I Met Your Mother‘s track record is any proof, however, the naysayers don’t stand a chance. The comedy might have started off slowly during its first few seasons, but it’s become exceedingly popular and is one of CBS’ best-performing comedies.

How I Met Your Dad sounds like a winner to us. Must we really wait a whole year for it?