We sat down with the film’s director, who’s currently in the middle of filming The Hunger Games: Mockingjay — Part 1. Watch our video to find out which scene he’s most proud of and how close the movie is to the book. 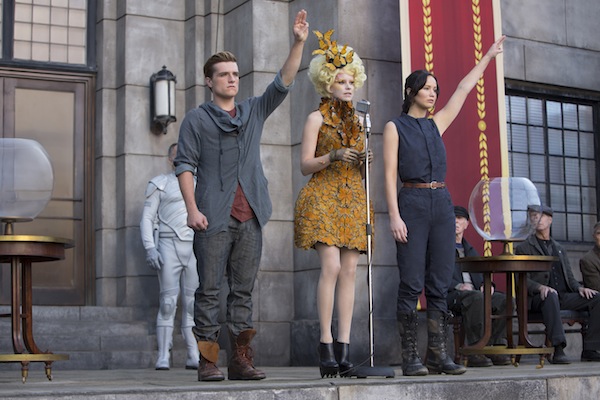 We asked director Francis Lawrence (I Am Legend) how he’s feeling right before the opening of his latest film, The Hunger Games: Catching Fire.

He said, “It’s a mixture of being excited and nervous. I think if I could hide, I probably would — but that doesn’t seem like it’s in the cards. We do this stuff, we go on European tours, and then there’s premieres, plus we’re shooting Mockingjay already. So as soon as we’re done with all this, we go straight back to Mockingjay.”

The Austrian director’s favorite scene in Catching Fire is the first stop on the Victory Tour, in District 11.

“Katniss Everdeen is giving a speech, and an old man whistles and salutes and then is shot. I’m really proud of that scene,” Lawrence says. “It’s really important to the story, and it’s where stuff really starts to kick into gear in a new way in this movie. I’m really pleased with the way it turned out.”

Francis Lawrence claimed it was really important to him to stay as close to the book as possible.