Taking a chance on Jonathan Rhys Meyers despite his addiction problem meant a conditional arrangement that included withholding his pay until the first season of Dracula was a wrap. 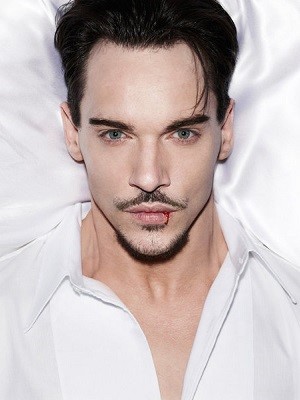 According to The Hollywood Reporter, Greenblatt’s familiarity with Rhys Meyers’ previous work — and Rhys Meyers’ ongoing struggle with addiction — didn’t dissuade NBC from courting the handsome, talented actor to anchor Greenblatt’s pet project. However, it did drive the network to create a little safety net to ensure its production would be completed.

According to sources, the network paid Rhys Meyers, 36, a per diem and expenses but withheld his salary — which is reported to be approximately $100,000 per episode — until all of the episodes had been shot. It was an incentive package.

Jonathan Rhys Meyers and 9 other dudes in tights >>

The journey was not as easy for the Irish actor as expected. According to sources, Rhys Meyers suffered a setback midway through filming and left Dracula’s shooting location in Budapest to head back to London, where he was hospitalized for a short time after a meltdown. He later returned to the Dracula set and resumed filming with a sober companion.

Rhys Meyers has long struggled with alcoholism, and many believe he attempted suicide through pills in 2011, although that was later denied. None of it has affected his performances, although it might have interrupted his production schedule.

The jury is still out on whether or not Dracula will be a success. Though it premiered to relatively solid ratings, it’s been in a steady decline ever since, although the DVR numbers make for a more solid figure when factored into the equation.

NBC declined comment on the story to The Hollywood Reporter, but sources for Rhys Meyers told the magazine, “Jonathan’s in a really good place, and he’s healthy.”