Jason Ritter is bringing the character of Mark Cyr back to Parenthood, but will he run into Sarah or someone else in town? 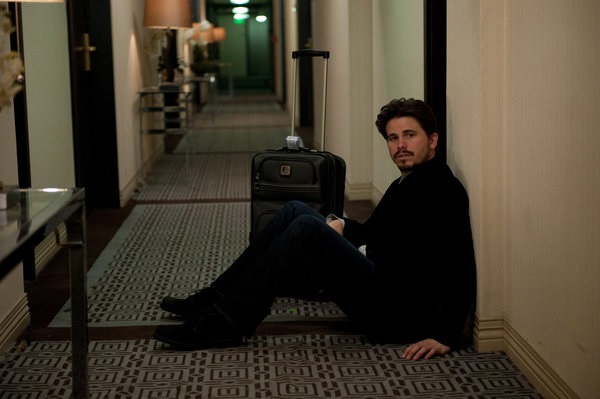 At the end of Parenthood Season 4, tension was running high as Sarah Braverman (Lauren Graham) made her choice between two popular romantic interests: her fiancé, Mark Cyr (Jason Ritter), and her boss, Hank Rizzoli (Ray Romano).

Sarah chose Hank, but by the beginning of Season 5, there was little left to their relationship and now it’s only a memory.

In the meantime, Ritter got a job starring alongside Graham’s former TV daughter Alexis Bledel (Gilmore Girls) on the mid-season Fox comedy Us & Them. Then that comedy had its series order drastically cut.

According to TV Line, Ritter now has the time to make an appearance on an upcoming episode of Parenthood. Mark your calendars, because he’ll hit fictional Berkeley on April 24, 2014. He’ll definitely meet up with someone, although not necessarily Sarah.

Some possibilities for Mark’s chance encounter

Sarah — Would they really go to all the trouble to bring Ritter back to the show only to deprive viewers of a Mark and Sarah reunion? Sure, they could, but even if Mark is speaking with someone else, the odds are good that Sarah will witness the encounter.

Hank — Since he’s still carrying a torch for Sarah, running into Mark might be the catalyst Hank needs to declare his feelings. He’s done a lot of mumbling and dancing around the issue because he’s still in denial himself. Mark is a great guy. If he thinks Hank would make Sarah happy, he wouldn’t be afraid to tell him now that he’s no longer in the picture.

Amber — She had a schoolgirl’s crush on her teacher when her mother started dating him, so Amber (Mae Whitman) running into Mark would be a great way to bring him back onto the canvas. She’s all grown up now. The way things have been going between her and Ryan, it’s possible they won’t even be a couple by then. If Ritter can date Graham’s old on-screen daughter, he would really ruffle some feathers by dating her current one!

What do you think? Who will run into Mark and what will his story be?