GLAAD and Anderson Cooper have both spoken up, slamming Alec Baldwin for using a gay slur against a photographer. The 30 Rock star is adamant he didn’t use the insult they accuse him of, but has apologized for using another. 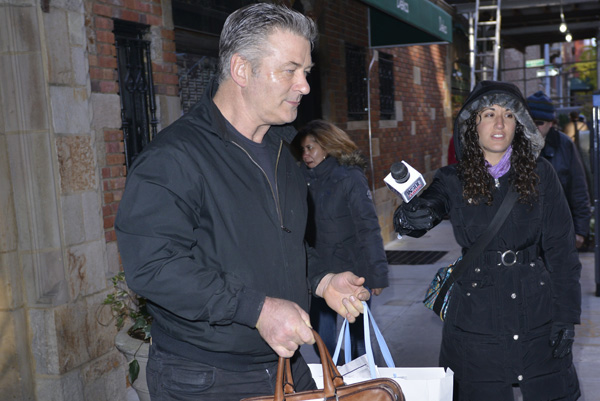 Alec Baldwin was accused of using a gay slur again on Thursday, infuriating GLAAD as well as Anderson Cooper, who’ve both slammed the actor for calling a photographer a c***sucking f*****t.

However, Baldwin now insists he called the photographer a “fathead” and not a f****t, but he admits he did say c***sucker because he was unaware it was an insult against gays. Apparently, Rich Ferraro from GLAAD contacted Baldwin and told him the word was anti-gay, so the former Jack Ryan star went ahead and apologized for saying it.

But he’s still sticking with the “fathead” claim.

Did Alec Baldwin have an affair with his creepy stalker? >>

Baldwin lashed out at a photographer outside his apartment in New York City yesterday, spewing the now-famous slurs. So GLAAD took to Twitter to slam Baldwin for his continued insults against gays and said it’s time he stopped being so degrading while pretending to support equality.

Anderson Cooper has also come out against Baldwin, although he was more upset by the fact that the temperamental 55-year-old keeps denying the anti-gay insults he clearly spits out every time he’s approached by photographers.

“Wow, Alec Baldwin shows his true colors yet again,” Cooper wrote on his personal Twitter account. “How is he going to lie and excuse his anti-gay slurs this time?”

The famed TV reporter replied to another Twitter user who asked why Baldwin should apologize, saying that he’s not suggesting he apologize and that he can say whatever he wants, but that he’s peeved about him lying all the time after the fact.

Cooper concluded, “Just read Alec Baldwin’s latest excuses. They are actually so ridiculous they are funny.”

This seemingly referred to Baldwin’s claimed ignorance about the word c***sucker.

Meanwhile, Baldwin has reportedly attacked another photographer, only this time he didn’t use any insults or gay slurs. In this latest incident, he actually shoved the paparazzo and sent his camera crashing to the ground when he knocked it out of his hand, TMZ claims. They actually have the whole incident on camera.