Seventeen-year-old Lorde isn’t shy to speak out about what she doesn’t like, so we can imagine her future songs will be very interesting. The singing sensation has just nabbed a lucrative publishing deal. 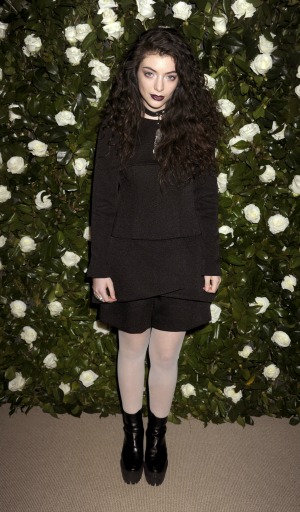 The world has come to love the talented young singer who is Lorde and her tracks have become international hits, especially “Royals,” which has managed to nab the No. 1 spot in the U.S. and the U.K.

So it is no wonder the 17-year-old superstar’s songwriting abilities and mesmerizing voice have led her to land a lucrative publishing deal that could be worth up to $2.5 million with Songs Music Publishing, according to the Wall Street Journal.

Ron Perry, president of Songs Music Publishing,  told Billboard, “She’s going to be a really big songwriter outside of Lorde. She’s going to have a lot of big songs out there as Ella [Yellich O’Connor], she’s a once-in-a-generation type artist.”

It is reported that the publishing company is also home to music greats such as Nelly, Bright Eyes, Diplo and The Weeknd.

Ella Yellich-O’Connor, better known by her stage name Lorde, has already broken records, including being the first New Zealand native to have a No. 1 hit for six weeks running in the U.S.

And it’s not just the one track that has shot the young songstress to fame, her album Pure Heroine— which she co-wrote all of the songs with fellow New Zealand musician Joel Little — has also enjoyed five weeks in the top 10.

Pretty impressive for a teenager, right? In fact, Lorde is the youngest female chart-topper in the U.S. in the past 25 years.

Lorde may have just scored a very lucrative publishing deal, but her representatives were quick to suggest her decisions had not been made on money and that many companies were interested in her.

Her manager Tim Youngson said, “Even before signing her [Songs Music] were bringing her options for collaborations and introducing her to other songwriters. The decision wasn’t made on money.”

We look forward to seeing what Lorde will accomplish in the future, but right now we are loving the recently unveiled cover of Tears For Fears’ “Everybody Wants to Rule the World”, which will be featured on the forthcoming soundtrack of The Hunger Games: Catching Fire.