Liam Hemsworth is single once again and just as well, because as it turns out, his last lady Eiza González was just using him as a desperate ploy for publicity. 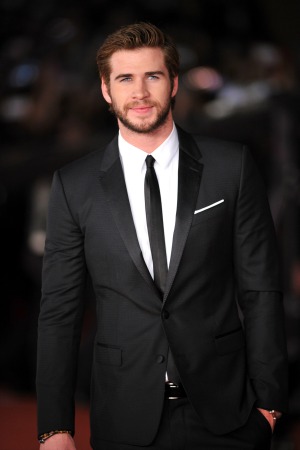 Liam Hemsworth may have kicked Eiza González to the curb, but the Mexican beauty does not appear to be too worried. Why? Well if recent reports are to be believed, she was just using him for publicity.

The Hunger Games hunk caused a stir when he was spotted in a steamy lip lock with González in September, just one day after the announcement that he and longtime fiancée Miley Cyrus had called off their 15-month engagement.

News broke this week that Hemsworth is single when he revealed to Extra, “I don’t have a lady at the moment.”

The hottie may not have revealed the reason, but it is believed his relationship with González fizzled out because he realized she was just using their romance as a publicity stunt.

A source revealed to HollywoodLife.com, “Liam told Miley he’s not seeing Eiza anymore. He found out that she was tipping off photographers; she was totally using him! Miley is thrilled obviously — it’s street justice, especially after Eiza was so cocky about things.”

Fans of the Cyrus-Hemsworth relationship may be hoping this means the former couple will rekindle their romance.

The source continued, “[Miley has] forgiven Liam. But his hookups with Eiza and the way he was so open about it really hurt her, so in a way she’s kind of glad he got used. Maybe it was a lesson he needed to learn.”

“They just started talking again so it’s not like they’re back together, but they’re in a way better place, I could see them giving things another shot.”