Gwyneth Paltrow almost got run over after she cut off a school bus with her daughter, Apple, on the back of her Vespa. Now, officials have banned motorcycle rides to the school because of safety concerns. 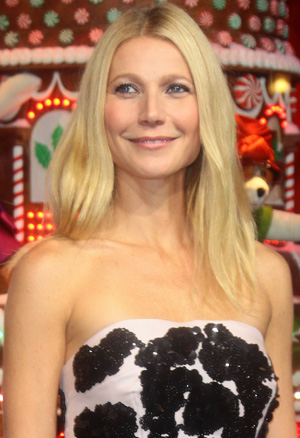 Narrowly avoiding a bus at her kids’ school when she pulled out in front of it in her Vespa, Gwyneth Paltrow became known as a menace on wheels to the other parents back in September. So, almost two months after the near-accident, the school where her kids attend has banned her and other parents from dropping kids off on motorcycles.

Paltrow caused a controversy at the school when a video of her cutting off the bus went viral. The footage clearly shows the actress, with her daughter Apple on the back, as she blatantly drives away from the curb and right into the path of an incoming school bus. As she drives off, the bus driver hits the brakes, avoiding the actress and her daughter on the Vespa by mere seconds.

After the bus stopped, the actress’ husband, Chris Martin, is seen following her on his own Vespa with the couple’s son, Moses, on the back of it.

Apparently, shortly after this incident, it was revealed Paltrow didn’t even have a California motorcycle driver’s license. Needless to say, when the news hit the internet, she was quick to visit the DMV to take the driving test.

She got her license, but as TMZ reported, not before she made the staff take her photograph a second time because she disliked the first one.

Meanwhile, Paltrow has additional worries in her life because of the famous Vanity Fair article she wants the magazine to scrap. The publication is adamant on publishing a piece that supposedly contains some scathing intel on the Shakespeare in Love star. It all began when Paltrow would not go forth with a planned cover story on her, so they decided to dig for some dirt and do a story anyway, one that contains as much negative information as they can dig up.

Check out the video of Paltrow driving her Vespa like a maniac at her kids’ school below: