It’s no surprise Mariah Carey hated every minute on American Idol, but no one really knew just how much. But did she just compare Nicki Minaj to Satan? 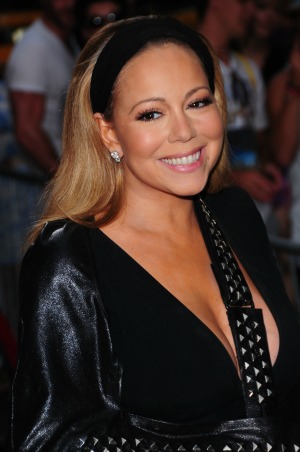 Mariah Carey‘s stint on American Idol is over, and it looks like the singer couldn’t be happier. While it was clear she was not having fun on the show, Carey is now explaining exactly how much she hated the experience. And it’s a lot.

The singer was on the American Idol judging panel with Randy Jackson, Keith Urban and Nicki Minaj, and told New York radio station Hot 97 that it was like “going to work every day in hell with Satan,” according to USA Today.

Carey and Minaj constantly feuded on the show, with a secret video being leaked of Minaj threatening Carey at one point. But Carey told the station she was just kidding.

“Nah, I’m just playing. It didn’t affect me that much — I was just disappointed,” she said.

Carey said the experience was not what she expected, and when she joined the panel she was told there would only be three total judges for the season. She was the first to sign on, and was excited about the possibilities of working with Randy Jackson, who has played with her in the past.

But the whole experience wasn’t a bad one, and Carey has some good memories. But not many.

“I loved the contestants,” she explained. “And some of them that were so good — and really good people, you could tell — it was disappointing when they would, for political reason, not put people through. I’m like, ‘I don’t need to sit here and do this.’ I would prefer to just put this person in the studio, record a record with them. Or tell another producer, ‘Yo, you should produce this artist because they’re beautiful, they can sing, they’re talented.'”

Both Carey and Minaj left the show back in May.

Carey is excited to move on from the experience, and will be getting back to making music and touring. The new season of American Idol will return, Mariah Carey-less, in January.