Orange is the New Black‘s Taryn Manning chats about what it’s like “getting weird” to play Pennsatucky in Season 2, shares beauty tips and more. 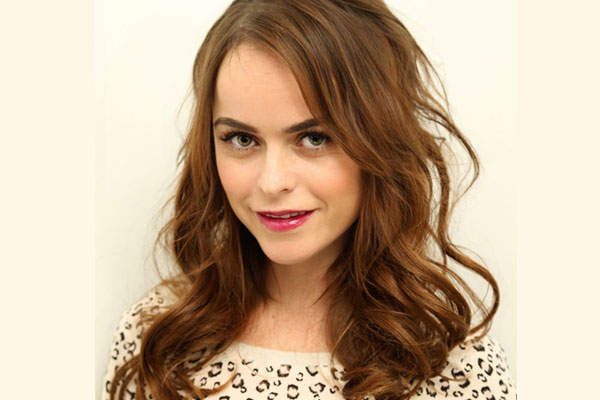 Actress Taryn Manning stars in Netflix’s hit series Orange is the New Black as Pennsatucky, the religious zealot/junkie that got stabbed in the Season 1 finale. Season 2 of the series is expected to be released on Netflix sometime in early 2014, but SheKnows got the chance to ask Manning a few questions about the show, as well as her own personal beauty routine.

Pennsatucky is, to put it mildly, quirky. How did Manning get the chance to play the role? It was pretty straightforward. “I got an offer, read the script and fell in love with the character,” she said, adding, “I saw Pennsatucky as an opportunity to get weird. I’ve played a lot of colorful characters and was able to tap into my own colorful side.”

On a show like Orange is the New Black, the characters aren’t exactly glamorous, but Manning said it’s all part of the process. “Getting beautied up is not true to the show,” Manning said, adding that the experience “wasn’t so much surreal as it was a completion of character concept. When I was made-up, or better yet made-down, I was truly ready to take the role.”

As for her own beauty routine, Manning admits she’s pretty casual. “I have to be honest, I am a casual dresser. I dress for comfort. I do love to dress up when needed. I’m really just a normal girl who loves a good face mask and to laugh with her friends.”

Religion became a big part of Pennsatucky’s life in the series, especially after the pro-lifers rallied around her at her trial. Will her faith survive being surrounded by all that corruption? Don’t count on it. “I think anyone would eventually break down from the corruption inside the woman’s prison,” Manning revealed.

When asked if the show is just quality entertainment or might have an agenda, Manning was thoughtful. “I don’t know if ‘agenda’ is the right word,” Manning said. “But there is definitely an interest in prison life. Not everyone in jail is bad and not everyone outside of jail is good. Some just made poor choices and I think we can see this through the characters on the show. As for appreciation, I definitely appreciate my freedom.”

In the first season of Orange is the New Black, the series played with the idea that lots of people do bad things, but only some are unlucky enough to get caught. Manning said her own luck/fate is based on the support of people she loves.

“My mom always said, ‘Luck is when opportunity meets preparation,'” Manning shared. “I’ve lived by that quote. My mom has always been my biggest supporter, without her dedication I wouldn’t be where I am today. I guess my luck and fate is having an amazing and supportive family.”

Playing such a rough role can be taxing, but Manning has a surefire way to get out of the character and relax at the end of a long shooting day.

“One way I’ve always separated myself from my characters is my music,” Manning said. “My music is my heart and soul and has always been there for me because it doesn’t require a ton of money, audience and all that jazz in order to sit down and write lyrics or sing a song.”

8 Binge-worthy shows to obsess over >>