Comedian Andy Kaufman died of lung cancer in 1984, but his brother says he received a letter from his brother years later. But was he hoaxed like the rest of us? 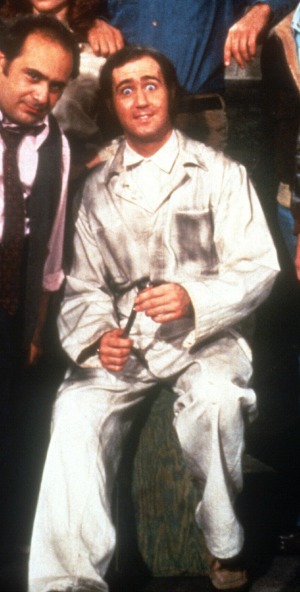 Andy Kaufman’s brother has sparked a renewed interest in the comedian who officially died nearly 30 years ago. Michael Kaufman was speaking at the annual Andy Kaufman Awards at the Gotham Comedy Club Sunday night when he said his brother may have faked his own death.

His suspicions came from two different places. The first is a letter he found years before that was reportedly written by his brother detailing how he planned to fake his own death. The second comes from a woman who claims she is Andy Kaufman’s daughter.

“I witnessed the entire thing and I can tell you without a doubt this was not a prank,” Kaufman’s friend Al Parinello said.

Parinello also produces the awards and told The Hollywood Reporter he doesn’t believe Michael Kaufman would make something like this up. He told the story about how Michael, who is “not prone to mounting hoaxes,” followed the letter’s instructions and showed up at a restaurant on Christmas Eve in 1999. He was handed a letter by someone he didn’t know that was supposedly from his brother and said that “everything was great in his life and he just wanted to get away from being Andy Kaufman,” Parinello explained.

He added that the letter said he had fallen in love and had a daughter. A 24-year-old woman who claims to be that daughter joined Michael at the award’s ceremony.

The Taxi star would be 64 years old if he were still alive today, and throughout the week, the story has gotten more and more bizarre. Parinello said he believes Michael’s story, even though he saw Andy’s body after he died.

“It was a closed casket,” he told THR. “Only the family [and myself] actually saw the body.” How then does he reconcile Monday’s events? “Andy was an aficionado of meditation,” he explains. “One of the things Andy was taught at the highest level was a process where one could slow down his breath to a point where you can literally fool anyone that you may be dead when, in fact, you are alive. So that’s the one thing that Michael checked for.”

Kaufman later somewhat rescinded what he said at the awards ceremony and explained that “I think I’ve been misquoted, OK? I never came out with, ‘He’s alive.’ I’m as skeptical as anybody else.”

After the media, and the world of Twitter, picked up on the story, Michael appeared on CNN on Thursday saying he believes he was hoaxed by the woman, who was later found to be an actress.

“Now that it’s Thursday, not Monday anymore, I believe I am part of the hoax,” Kaufman told CNN. “I don’t believe that she’s acting on her own, though.”

Watch his interview with CNN.