Jennifer Lawrence is sick of our superficial obsession with beauty as she slams Fashion Police. But host Joan Rivers fires back with a choice insult aimed directly at Lawrence. 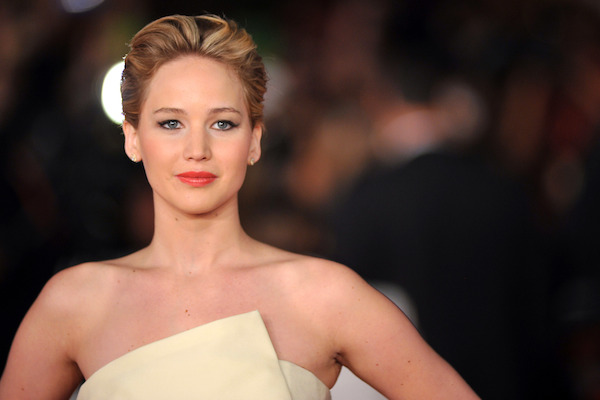 Lawrence’s authentic response emerged when Jennifer was asked how young girls should respond to the constant criticism they face about their appearance. Lawrence simply remarked, “Screw those people,” to which the audience instantly applauded.

“You know, I experienced it in school before I was famous. It’s just — the world has a certain idea, we see this airbrushed perfect model and then if you don’t look like that — it’s just too easy for people to…” Lawrence trailed off and then added, “I’ve got a million ideas coming at the same time.”

“You just have to look past it. You look how you look. Be comfortable. Like, what are you going to do? Be hungry every single day to make other people happy? That’s just dumb. And shows like the Fashion Police, and things like that, are just showing these generations of young people to judge people based on things that — they put values in all the things that are wrong. That it’s okay to point at people and call them ‘ugly’ or call them ‘fat.’ They call it ‘fun’ and ‘Welcome to the real word’ and it’s like, that shouldn’t be the real world.”

Lawrence concluded, “It’s disappointing that the media keeps these [unrealistic expectations] for women alive and fuels that fire. It’s something that really bothers me.”

As more young women and men find a role model in Lawrence, her ability to embrace her whole self — her talent, her imperfections, her opinions — Lawrence’s attitude on beauty and self-worth is absolutely refreshing. And we should note the instant reaction of applause might be a major signal that we as a culture are desperate for a status-quo shift away from the superficial.

Jennifer Lawrence fights back when Hollywood calls her “fat” >>

But don’t tell Joan Rivers that — the iconic comedian was able to respond to Lawrence’s comments with her trademark biting humor.

We understand Rivers defending Fashion Police. It’s her job and it would look completely ungracious for Rivers to agree with Lawrence. Moreover, Rivers made it her career choice to be cruel to others as she clouds her commentary in humor.

Lawrence’s response to a father’s question speaks to a larger cultural theme that is, in actuality, so much larger than Rivers’ Fashion Police. It questions the values of our complex world in which shows like Fashion Police not only exist but thrive: A concrete social norm through which we tune in and absorb the superficial standard by which celebrities are readily defined as public goods and in turn are mercilessly picked apart bit by bit as nothing more than a mundane characteristic of our daily lives.

Lawrence just wants to know why society is compelled to encourage the very behavior and attitudes we loathe. And Rivers answered it for us: because we can.