Andy Kaufman’s brother thinks the comedian might be alive and well and living a new life outside the spotlight. Do you believe it? Would you want him to return? 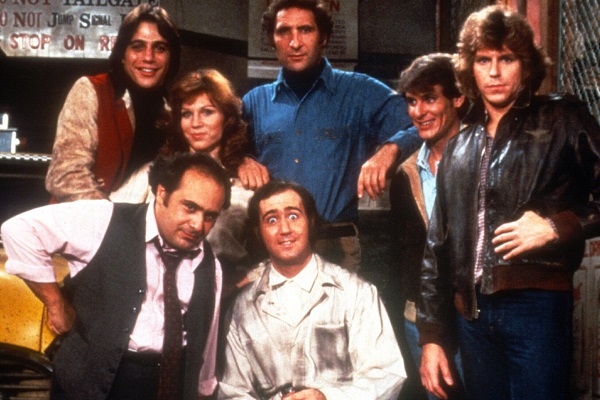 Our heads are spinning trying to keep up with the latest news on comedian Andy Kaufman, believed to have died in 1984 at the age of 35. Why the sudden uproar over a man who has been dead for almost three decades? During a recent small comedy award show held each year in Kaufman’s honor, his brother, Michael, took the stage with a woman claiming to be Andy’s daughter, born after Andy’s “faked” death. He proceeded to state that he thought there was reason to believe Andy might still be alive and went on to read a letter allegedly penned by the comedian.

New reports, however, have face-matched the supposed “daughter” to a New York-based comedian and sources on TheSmokingGun.com are reporting Michael and the comedian, Alexandra Tatarsky, actually met several weeks ago at a museum event featuring a collection of artifacts from Andy’s life.

In other words, it sounds like the whole thing might just be a scam. Even Michael began backpedaling during a second interview with The Hollywood Reporter, saying, “I never came out with, ‘He’s alive.’ I’m as skeptical as anybody else.”

While the case for Andy having a young daughter might be put to bed, many still cling to the thought that Andy is alive and well somewhere on the planet. This goes beyond Elvis or JFK, though. Andy was well known for his elaborate ruses. There are even reports that Andy spoke of someday faking his own death.

We’d love for Andy to be alive. We certainly still get a kick out of his appearances on SNL. It’d be even better to have new comedy from him. After all, he’s a comedian worth celebrating.

3) Here he comes to save the day

5) Kaufman’s Latka learning to talk like an “FM DJ”

One reason to hope this isn’t the truth

As cool as it would be to have Kaufman back again, the faked death seems unforgivable to us. We understand wanting to escape the limelight — she’s a cruel mistress. However, if he did, indeed, fake his own death, he abandoned a lot more than just his fame. His brother Michael talks of one instance where Andy reached out and asked him to meet for dinner but then stood him up. Andy also has a daughter who lives in upstate New York. In trying to flee the spotlight, he also neglected his family. That’s not funny. That’s cruel.

We’d rather keep him as a long-lost comedic hero than have him back as a deadbeat dad.

Tell us: Do you want Andy back… or would 30 years of ignoring his family be unforgivable?