After a controversial apparent stomping of the Argentina flag, Justin Bieber composed a lengthy apology on Twitter explaining his “mistake.” 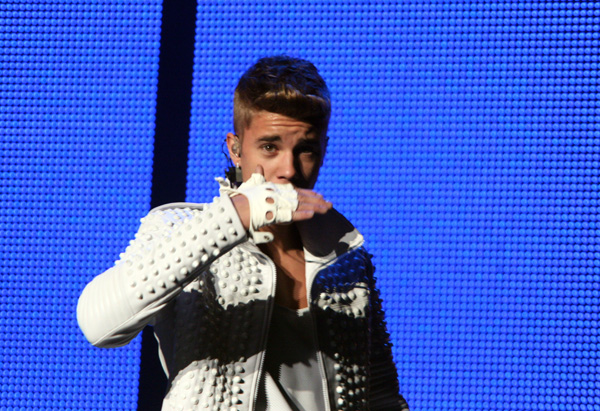 After Justin Bieber enraged fans in Argentina by inadvertedly mistreating their country’s flag while onstage, the pop prince has whipped out a long mea culpa seeking forgiveness for his “mistake.”

Using his favorite means of communication, Bieber tweeted a very long apology explaining exactly what happened when he kicked a flag offstage while performing a concert in Argentina.

“[H]eard about what is going on with me down in Argentina and im shocked,” the teen idol wrote. “I love Argentina and have had some of the best shows of my tour there.”

He continued, “…or the people of Argentina or the fans. Im so sorry for anyone who took my actions the wrong way and I hope you can forgive this mistake.”

“So once again to the people of Argentina. Im sorry if that was taken the wrong way and im sorry for my mistake. I hope u can accept this…” Bieber then added, “…and I loved my time there performing for you and look forward to coming back. I gave my all and I know the fans did there too. te amo”

The very apologetic “Heartbreak” singer finished off his manifesto by adding, “I would never do anything to disrespect my fans. I don’t like having to defend myself but this time it was needed as I mean no disrespect. So it is all love all around the world. thanks… and to all the believers ALL AROUND THE WORLD, I love you and thank you for always standing by me. Much Love to Everyone. thanks”

The whole fiasco started when a video surfaced showing Bieber singing as two Argentinian flags are thrown onto the stage, which he proceeds to sweep off with his feet and the microphone pole. Understandably, fans went into an uproar and the news spread like wildfire.

And that’s not the only trouble Bieber got into while in Argentina. The 19-year-old singing sensation was thrown out of his hotel when a group of crazed fans destroyed the lodging’s property. Then he walked offstage to a bunch of boos during another show after he declared he wasn’t feeling well because he was “out of energy.”