The woman accused of stalking Alec Baldwin has been convicted and sentenced to a lengthy jail term for her harassment. 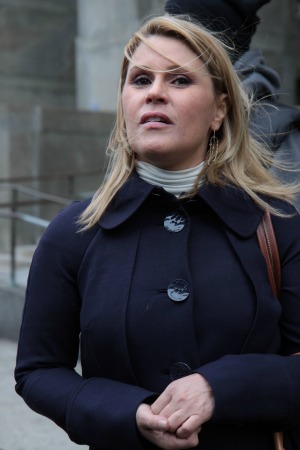 An emotionally distraught Genevieve Sabourin was found guilty of stalking Alec Baldwin after a dramatic trial which found her jailed for contempt.

Sabourin sobbed loudly as the judge read his verdict.

“You had no right to continue communications or pursue contact you knew to be unwanted and unwelcome,” Manhattan Criminal Court Judge Robert Mandelbaum said in court. “Your relentless and escalating campaign of threats and in-person appearances in private spaces served at a minimum to harass, annoy and alarm Mr. Baldwin.”

The judge added that Sabourin’s “conduct throughout this trial demonstrated an utter lack of respect of the law and the legal system,” referring to her frequent outbursts and interruptions.

“The rules of civil society apply to you as well as everyone else,” the judge said.

Denying his findings, when given the chance to make a statement to the court Sabourin sobbed, “I haven’t done anything wrong, and I’m innocent, so that’s what I have to say.”

The woman claimed she had a “perfect” date with the 30 Rock actor, who wined, dined and bedded her before offering to make her omelets every morning for the rest of her life. For the next two years she wrote him countless emails and showed up at his residence insisting they were in love.

Baldwin admitted they went on a date but denied sleeping with her or promising any sort of relationship.

The woman was sentenced to 180 days in jail, plus 30 days for contempt of court after the judge admonished her for screaming things like “You’re lying” and “You’re going to go to hell” during the testimony of Baldwin and his wife Hilaria.