Ready for a little family fun on New Girl? Rob Reiner and Jamie Lee Curtis are back as Jess’ parents. Plus, there are more new cast announcements! 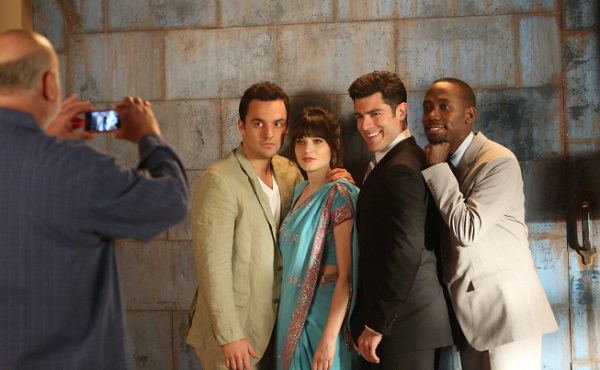 The cast of New Girl already seems like one big, happy family and now that family is growing. Have you heard the latest casting news?

Love New Girl? Here are 15 tidbits to feed your crush on Nick Miller >>

Most excitedly is the return of Jess’ parents. Last year, Jess’ mom and dad stopped by for Thanksgiving and things got a little, well, interesting. Later, Jess’ dad returned on his own. Despite not having an exact date for their return, we do know both Mr. and Mrs. Day (Jamie Lee Curtis and Rob Reiner) will return to reprise their roles for the episode titled “Birthday,” according to The Hollywood Reporter. Will they returns as a happy couple or will their lives still seem on the rocks? Will Jess’ dad grow more approving of Jess (Zooey Deschanel) and Nick’s relationship? We can’t wait to find out!

You can also expect to see The Office‘s Angela Kinsey return and comedian Jessica Chaffin joins the show. Will the two women arrive as girlfriends to Jess’ many housemates or as co-workers? Will they turn out to be friends or foes?

Finally, it sounds like Cece (Hannah Simone) might soon find herself with a male suitor… or possibly an enemy. The Hollywood Reporter is also reporting that Bridesmaids alum Ben Falcone is set to join the cast. His character, Mike, is described as a condescending bartender who will play Cece’s foil at her new job. Will Mike’s passive-aggressive behavior send Cece running to Schmidt for comfort… or will his fiery personality draw her in, despite any implications that it’s a bad idea? Considering Cece’s other life choices, it’s fair to assume we’re on the brink of a whole new level of crazy relationships.

The final piece of news is slightly old but totally worth sharing: It sounds like Coach (Damon Wayans Jr.) is here to stay. He was recently bumped to series regular. Feels a little like the last nail in Happy Endings‘ coffin, doesn’t it? We were so hoping that somehow that show could rebound from cancellation. Do you like the dynamic that he brings to the show or were you happy with the core five that already existed?

To find out how it all plays out, you’ll just have to keep watching, laughing and loving New Girl on Tuesday nights on Fox.