Mark Wahlberg takes no prisoners when it comes to actors saying they have it sooooooo rough. Was he talking about Tom Cruise? 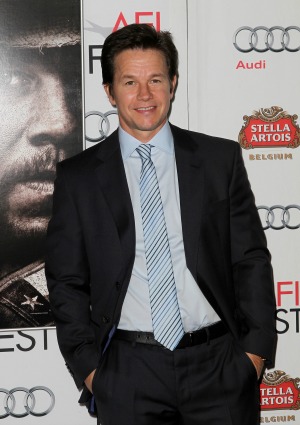 Tough talking Mark Wahlberg has had enough of entitled actors complaining that their cushy jobs are as difficult as our soldiers who risk their lives for our freedom.

At a screening of his new flick Lone Survivor, in which he plays former Navy SEAL Marcus Luttrell, Wahlberg spoke out against such ridiculous comparisons.

“For actors to sit there and talk about, ‘Oh I went to SEAL training’? I don’t give a f*** what you did,” Wahlberg said at the AFI Film Festival in Los Angeles. “You don’t do what these guys did. For somebody to sit there and say my job was as difficult as being in the military? How f***ing dare you, while you sit in a makeup chair for two hours.”

It sounds like a total slam against fellow actor Tom Cruise, who seemingly compared his time shooting back-to-back action films to fighting in a war zone, doesn’t it? But when confronted, Wahlberg backtracked slightly and said it wasn’t directed towards Cruise — not specifically, at least.

He knows of what he speaks: Wahlberg tweeted a new trailer for Lone Survivor, which tells the true story of the doomed mission of SEAL Team 10 to capture a Taliban leader in Afghanistan in 2005.

Tell us: Was Mark Wahlberg totally talking about Tom Cruise?